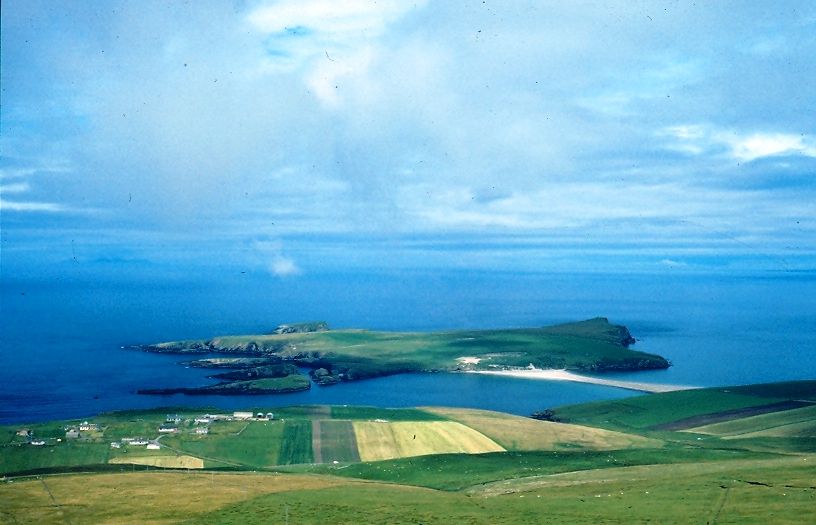 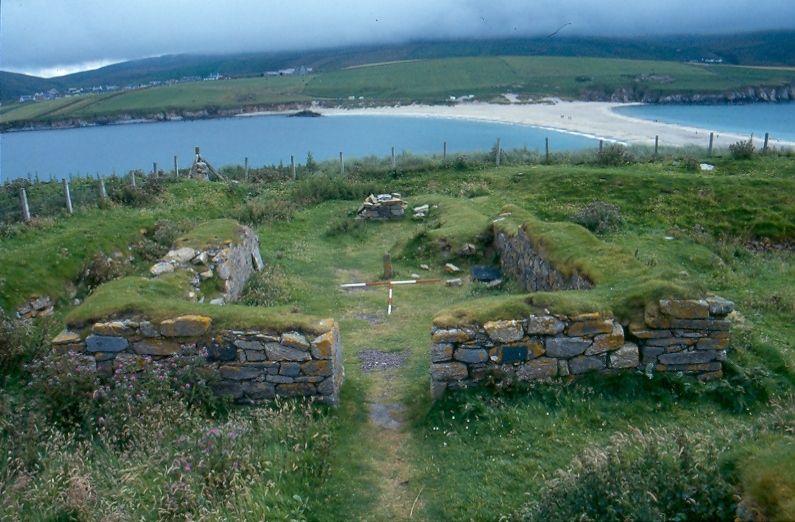 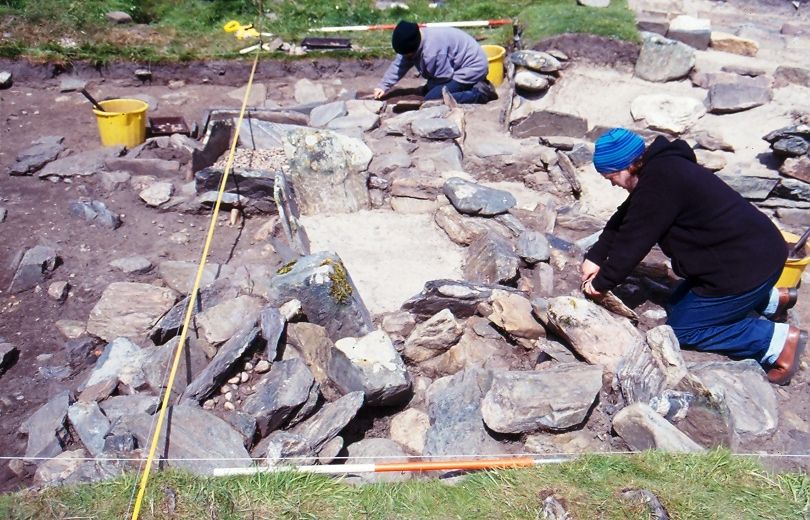 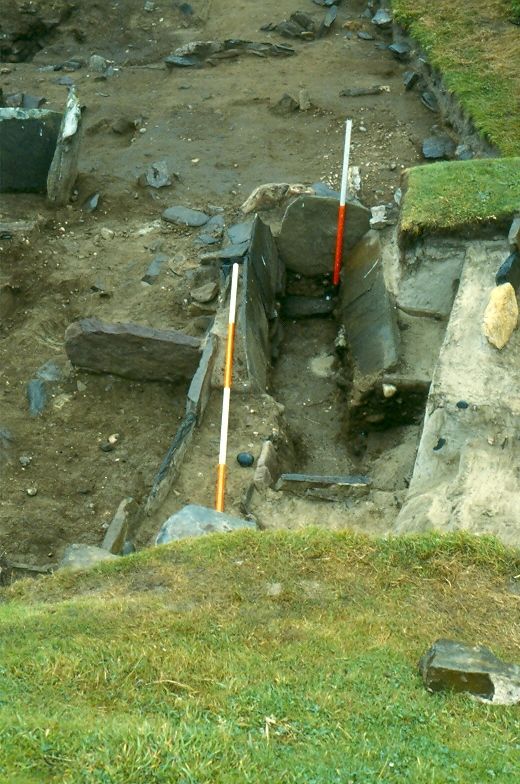 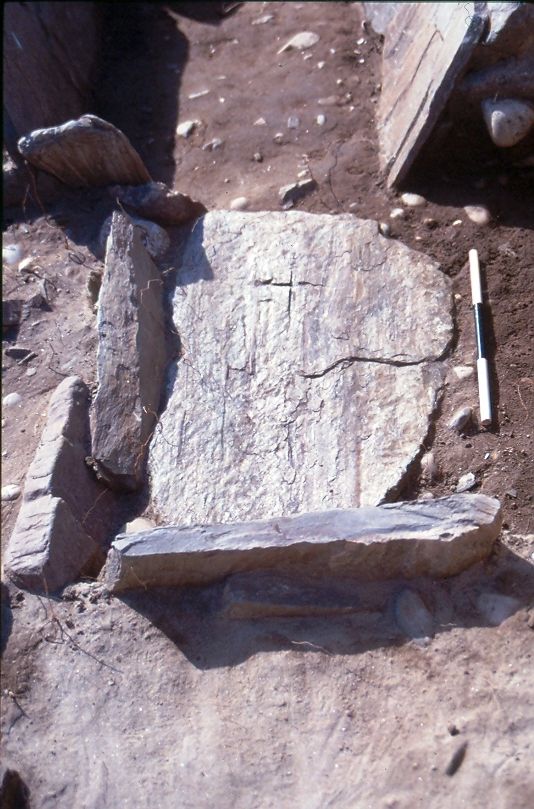 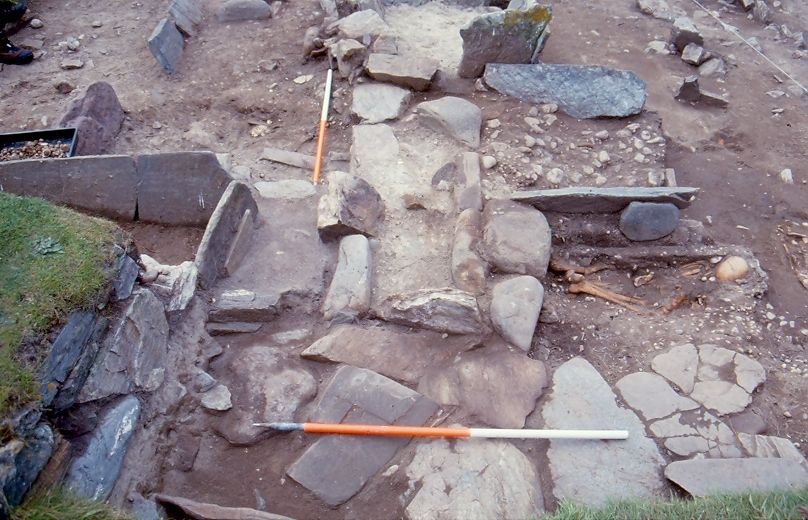 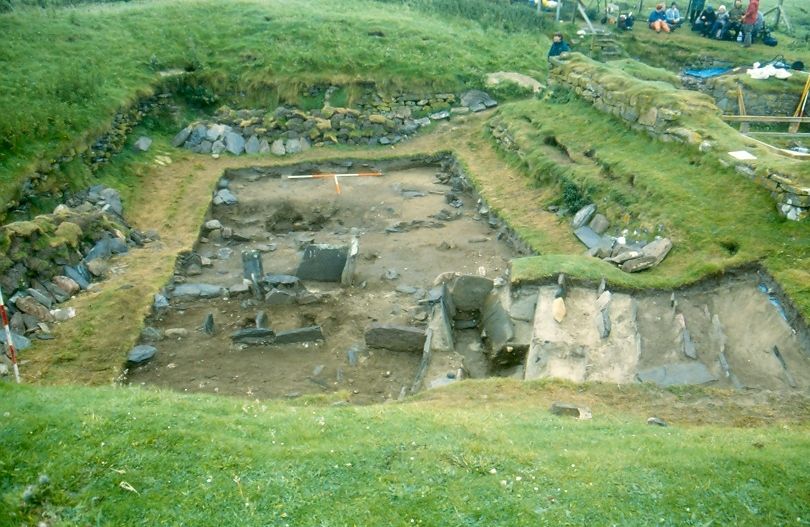 This project re-assessed the unpublished excavations on St Ninian’s Isle which led to the discovery of the magnificent hoard of 28 pieces of Pictish silverware in 1958. As well as a reassessment of the original (unpublished) archives and finds, including an ogham stone found on the site in 1876 and a fantastic collection of glass beads, several new small-scale excavations were undertaken on the site of the chapel and its burial ground. These confirmed a long sequence of settlement, beginning in the Iron Age. The first church was then built on the site in the 8th century, and accompanied by a long cist cemetery with cross-incised stones and shrine sculpture. The church may have continued in use into the 9th or 10th centuries, and the recent work has confirmed that the famous hoard was buried into its floor. There was a degree of continuity between the pre-Christian and Christian burials, native and Norse, with evidence that the site was a special place for burial before the advent of Christianity. Thereafter the site was inundated with wind-blown sand and a new chapel with an accompanying long cist cemetery was then built above the earlier church, and a chancel was added later.

St Ninian’s Isle (Figure 1) was brought to wider public attention in 1958, when a magnificent hoard of 28 pieces of Pictish silverware was discovered during excavations led by Professor Andrew O’Dell of Aberdeen University (Figure 2).

By the final excavation season in 1959 he had uncovered a remarkable archaeological site with Iron Age, early Christian and medieval remains. However the finding of the treasure in 1958 was to eclipse all this, and although articles and a volume on the treasure were produced, the extensive archaeological site that he uncovered remained largely unpublished. In 1999, in the face of continued erosion at the site, a research project was initiated at Glasgow University to locate and re-assess the archive material from the 1950s and to undertake small-scale survey and excavations on island (Figure 3).

The earliest remains uncovered on the site consisted of the edge of a late Iron Age settlement of cellular buildings. Very little remained of these buildings although we do know that they were finally abandoned in the 7th century AD, and the area was then used as a burial ground. In the 8th century a small church was built on the site, accompanied by a cemetery of burials in long cists, marked with cross-incised stones (Figures 4 and 5), stone pillars and other sculpture. The church may then have continued in use into the 9th or 10th centuries, when the famous hoard was buried into its floor. This work also demonstrated that there was a degree of continuity between the pre-Christian and Christian burials at the site, with evidence that this part of St Ninian’s Isle was considered a special place for burial even before the advent of Christianity.

A radiocarbon dating programme undertaken on the human remains from St Ninian’s Isle confirmed that a group of infant burials from the site that were marked by cross-incised headstones of Norse type, were buried in the 10th century. These infants exhibited signs of malnutrition, which may reflect a period of hardship amongst the local population at this time. The end of this phase is marked by the burial of an adult male who died a violent death and was moved post-mortem to be buried on the site some time between the 11th and end of the 12th centuries. A new chapel was then built above the earlier church in the medieval period, and a chancel housing a free-standing dry stone altar was added later. The associated graveyard continued in use until around 1840, long after the church building was demolished. After this the ruined footings of the chapel walls remained buried in windblown sand and turf until Prof O’Dell’s excavations began at the site over a hundred years later.

This project has now been published and the findings include specialist analyses of previously unpublished finds from the site, such as a fantastic collection of glass beads reported on by Dr Colleen E Batey, and the re-assessment by Dr Katherine Forsyth of an ogham stone found on the site in 1876. The project was funded by Historic Scotland, the Shetland Amenity Trust, the Shetland Museum and Glasgow University.