Stone rows are amongst the least understood monuments of British prehistory, although hundreds of stone rows have been recorded in Britain, Ireland and Brittany. Until recently, the primary means by which archaeologists have engaged with stone rows is through survey work. Therefore, the date and function of these enigmatic monuments remains unclear. Within this huge number of stone rows, one type of monument has suffered very badly from neglect by archaeologists: the multiple stone rows. These monuments are rare, confined to the coastal fringes of Britain in southwest England, northern mainland Scotland and a few sites in north Wales. Consisting of scores, sometimes hundreds of small standing stones set in four or more rows, we have no direct dating evidence for these enigmatic monuments. Most are associated with Bronze Age sites and monuments such as cairns, cists, field banks, clearance cairns and hut-circles. By far the largest concentration of these sites is in northern Scotland, the focus of current research. 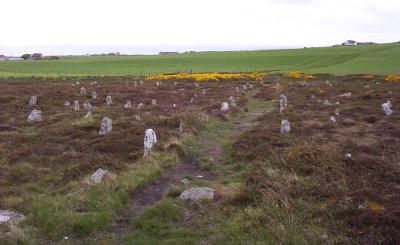 The multiple stone rows of northern Scotland are restricted to Caithness and northern Sutherland. There are some 20 such monuments, the best known being the Hill o’ Many Stanes. The monuments typically consist of six or more rows of small standing stones, usually of local Caithness flagstone, set in ‘fan’ arrangements, radiating out from a single point. A few monuments consist of parallel rows, rather more in keeping with those found in Dartmoor. A recurring association with cairns, cists or mounds at the focal end of the rows suggests the rows had some role to play in funerary activity in the early Bronze Age. Despite being a characteristic element of the prehistory of the far north, little more is known about these monuments, and they have until recently been largely neglected by archaeologists. In part, this is because of the poor state of many sites. Located on moorland and consisting of relatively short ‘miniliths’, the multiple stone rows are difficult to find, and the submerging of many stones in peat means that even when found they are hard to make sense of. Many of the sites have been subject to multiple surveys, with some having been recorded in this way five or six times since the 1870s. In this vacuum of hard information, theories associating these monuments with extremely accurate monitoring of the moon emerged in the 1960s through Alexander Thom. The supposed role of these monuments, as ‘lunar extrapolation sites’, remained unchallenged by archaeologists until relatively recently. 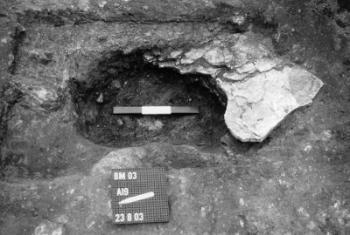 The Multiple Stone Rows of Northern Scotland Project (MSRNSP) ran between 2003 and 2007 with objective of offering an archaeological explanation for the role, date and development of these monuments. (The project was directed by Kenneth Brophy, Andrew Baines and Amelia Pannett, who have jointly authored a monograph on the project entitled Megalithic Overkill to be published by the Society of Antiquaries of Scotland in 2012.) The project offered a combination of traditional and innovative field approaches to these monuments, beginning with the first ever formal excavation of one these monuments in 2003-2005. Excavations and geophysical survey at Battle Moss investigated the standing stones themselves, and also revealed a previously unknown kerb cairn just to the north of the rows. 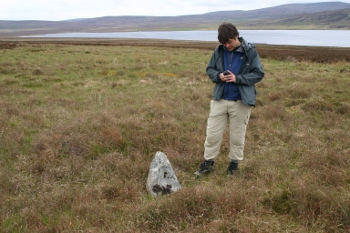 As well as this work, site visits and new surveys were carried out, and a comprehensive site list was compiled. Much of the fieldwork was explicitly phenomenological, while aspects of landscape setting, and the materiality of the rows, were considered.  Attempts have also been made to discover the sources of the standing stones themselves. Although the project was unable to demonstrate the exact date of the Battle Moss rows, we have been able to argue that these monuments were significant and evolving communal memorials in the Bronze Age, very much fitted in the distinctive landscapes within which they sit. The discovery of the multi-phase Battle Moss cairn, with a fine pottery assemblage, has added another dimension to our understanding of the rows, and the Bronze Age of Caithness. 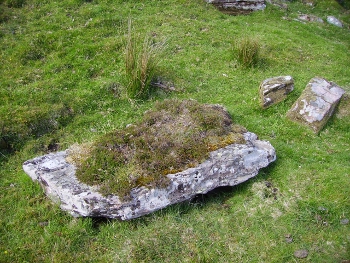 The transmission of an idea: multiple stone rows beyond Scotland

It is one of the great mysteries of multiple stone rows that such sites, which are so remarkably similar, occur in such isolated and distant locations within Britain – indeed it would have been almost impossible to find two locations within the mainland that are further apart than  Dartmoor and Caithness. Yet the multiples in these locations (largely in the form of triple rows in SW England) have many similarities in terms of form, landscape location and Bronze Age associations. The next phase of research into multiple stone rows will be to consider some very simple questions that may have complex, and important, answers:

•    Why do such similar monuments occur within this peculiar distribution?

•    Are the MSRs in northern Scotland and SW England contemporary?

•    Is this a product of diffusion, coincidence or the transmission of an idea?

•    Can we explain the origins of these monument styles in different ways?

•    How are monument styles transmitted? As ideas, or through the movement of people?

Some of these questions are the subject of current PhD research by Alex Carnes in Glasgow, and form the basis of a developing research project.