The work of the Dùn Èistean Archaeology Project (DEAP) is centred on the small tidal stack of Dùn Èistean in Ness, at the north end of the Isle of Lewis. The stack is traditionally considered to be the stronghold of the Clan Morrison, who commissioned work there between 2000 and 2002, before a footbridge was built over to the site. 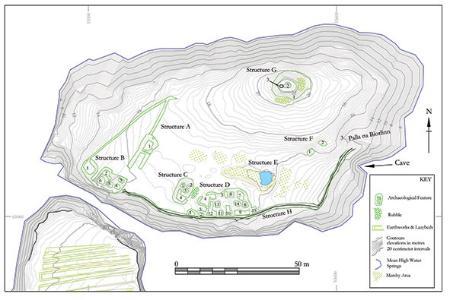 The work was managed by Glasgow University Archaeological Research Division (GUARD) (now GUARD Archaeology Ltd), and included topographic and geophysical survey and trial trench excavations. From the results of these investigations it was obvious that Dùn Èistean was an exceptional site both in its complexity, its fine state of preservation and its medieval date. This period of history in Lewis and Harris is not well documented and had been subject to little archaeological research.

In 2005 Dùn Èistean the project moved to a new phase of extensive survey, excavations and research in Ness, with the aim of promoting the scholarly investigation and public interpretation of Dùn Èistean and the surrounding Ness landscape. Dùn Èistean became the heart of a multi-disciplinary project managed by GUARD and funded by the Heritage Lottery Fund, Historic Scotland, Comhairle nan Eilean Siar (Western Isles Council) and Comunn na Ghàidhlig.

From the start one of the fundamental principles of the Dùn Èistean project was to integrate archaeological and historical research, and to work through the medium of Gaelic where possible in Ness, which is still a strong Gaelic-speaking area. The project director lives and works in the Ness community, and throughout the delivery of the project, GU staff and students worked alongside local historians and volunteers. 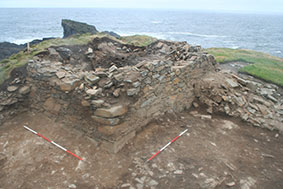 The excavations on the site have shown that Dùn Èistean stands at the end of a long tradition of clan strongholds seen in the MacLeod lordship of the western seaboard of northwest Scotland in the medieval and early post-medieval periods. The stack was in repeated use as a refuge in times of trouble in the 16th and early 17th centuries, but it also functioned as a power centre, and was caught up in the wider political scene of the time.

Post-excavation analyses of the excavated assemblages have demonstrated that the inhabitants of Dùn Èistean were a people with a strong local identity, using their traditional building techniques, adapting to available raw materials and drawing on the resources of the surrounding environment to support and defend the population on the stack in the face of incoming attack.

The Dùn Èistean Archaeology Project (DEAP) worked closely with separately-published and locally-based work to research and record the place-names, history and oral traditions of the Ness area through the medium of Gaelic, and included a separately-published survey of the northern part of Ness (the Ness Archaeological Landscape Survey: Barrowman, C 2015). DEAP continues to have close links with Comunn Eachdraidh Nis (Ness Historical Society), and supports local project initiatives that have developed from the DEAP. The excavations were published in 2015 by Acair Ltd, based in Stornoway, Isle of Lewis. 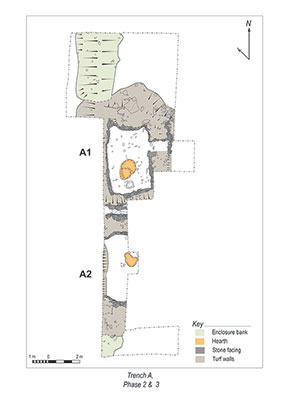