Iona in the Reach newsletter 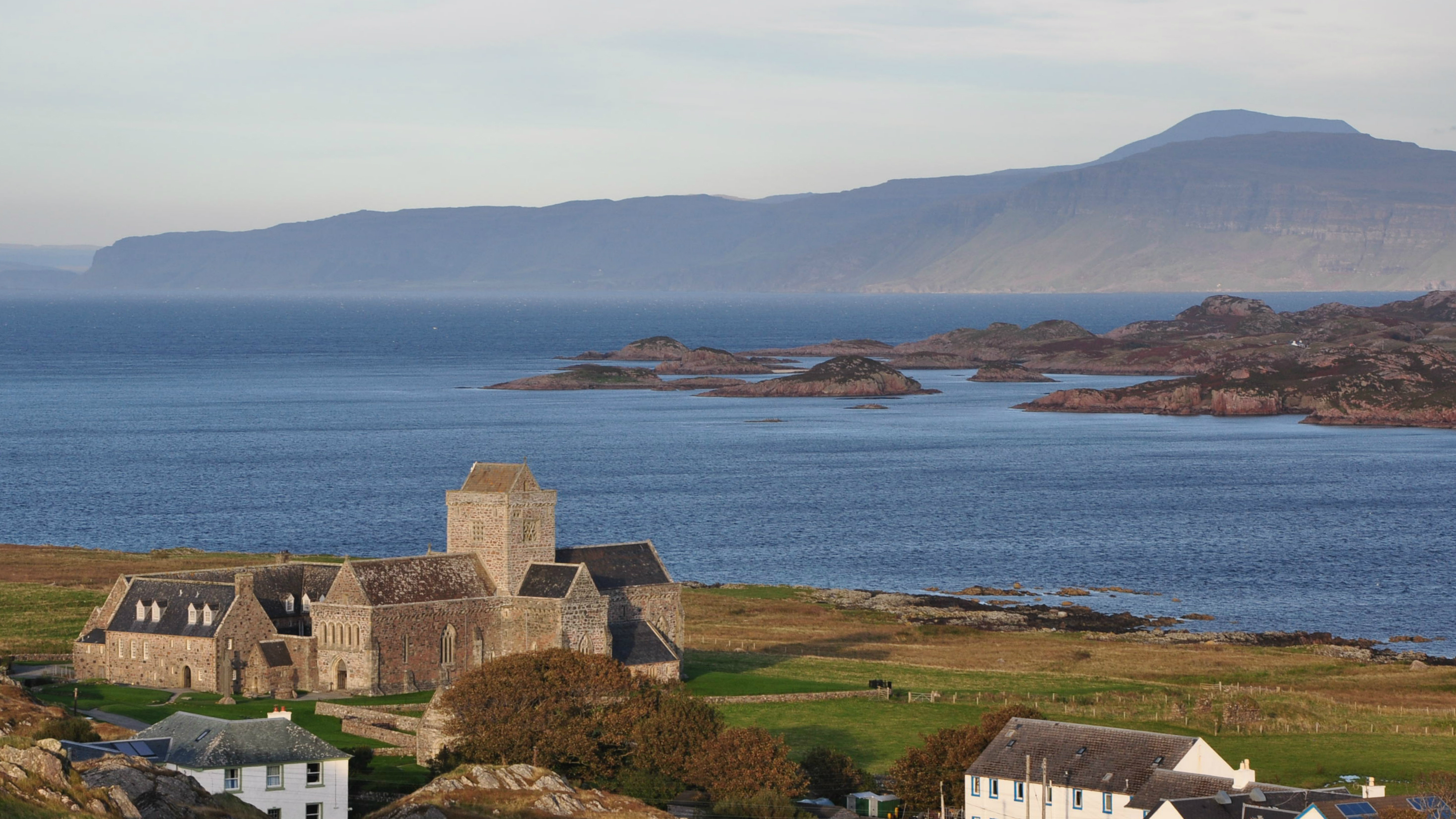 The early medieval monastery of Iona, Argyll & Bute was founded AD 563, and remains to many an icon of the ‘Celtic’ church. Yet Iona is more than about its famous founder St Columba, and even the medieval Benedictine abbey (founded 1203) rests on a 600-year legacy of learning, innovation and pilgrimage.

Thanks to the survival of primary texts produced here, along with an unparalleled survival of archaeological remains, carved stones and Gaelic place-names, the entire island is a rich resource for archaeologists and historians. More than a missionary outpost in the sea, Iona has played a key role in the shaping of Christianity itself.

Researchers across the departments of Archaeology, History and Celtic & Gaelic independently conduct work on various aspects of Iona’s history, producing important articles, monographs and edited volumes as seen in the reading list below. In 2012, we created the Glasgow Iona Research Group to spark collaboration and generate new multidisciplinary projects. Several members attended the Iona Research Conference in April 2012 hosted by Historic Scotland and the Iona Community, the proceedings of which can be consulted online. The research of Dr Katherine Forsyth and Dr Adrián Maldonado on the early sculpture played a key role in the new redisplay of the carved stones in the Iona Infirmary Museum in 2013.

Since then, the project team has continued to work together to develop new research projects concerning the monastery of Iona as well as the history and archaeology of the rest of the island.

The most recent project is currently under way in the department of Archaeology, where Dr Ewan Campbell is writing up the unpublished Russell Trust excavations on Iona by Charles Thomas in 1957-1963, thanks to generous funding from Historic Environment Scotland. Also in progress is the new Iona Research Strategy which we will be putting out for consultation soon.

Please visit the new Iona Research Group website for updates on all our projects.

The Glasgow Iona Research Group are:

Campbell, E. 1987. A cross-marked quern from Dunadd and other evidence for relations between Dunadd and Iona. Proceedings of the Society of Antiquaries of Scotland, 117: 105-117.

Campbell, E. 1999. Saints and Sea-Kings: The First Kingdom of the Scots. Edinburgh: Canongate.

MacGregor, M.D. 2014 Gaelic Christianity? The Church in the Western Highlands and Islands of Scotland before and after the Reformation. In: Ó hAnnracháin, T. and Armstrong, R. (eds.) Christianities in the Early Modern Celtic World. Basingstoke: Palgrave MacMillan, pp. 55-70.

Iona in the Reach newsletter