Publications through the Friends of Govan Old

For publications, see below. 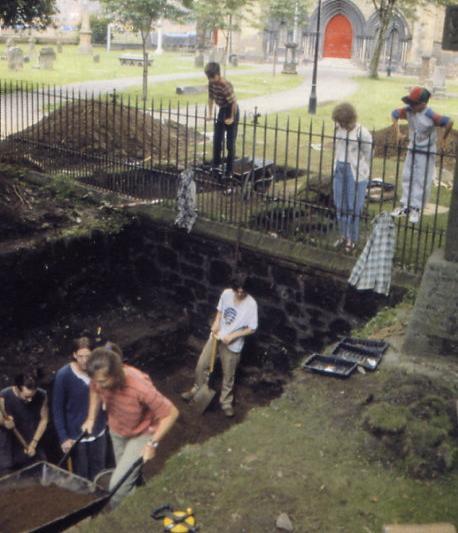 The Govan Old excavations in 1994.

Since the rekindling of interest in the Govan Stones initiated by the minster Revd Tom Davidson Kelly's conference edited by Anna Ritchie (1994), archaeologists from the University of Glasgow have become embedded in the site of Govan Old parish church. For the past twenty-five years, Professor Stephen Driscoll has explored the context of the early medieval sculpture and the origins of the church Govan Old and has demonstrated the site's political and ecclesiastical significance from the 6th to 11th centuries AD. A series of five excavations in Govan starting with research excavations in 1994 and continuing, most recently, in 2019 with the 'Stones and Bones' community excavation by Northlight Heritage. Amongst other things, these support a claim Govan is the oldest known Christian site on the Clyde. 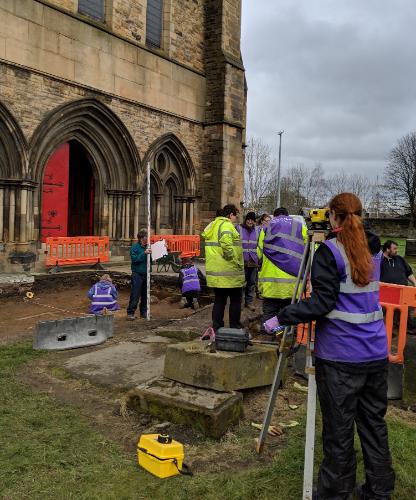 The most remarkable relics of the early middle ages are forty-seven sculptured stones ornamented with Celtic designs. Analysis of the carving style indicates that the entire collection date to the 9th - 11th centuries AD. Thirty-one of the best preserved stones are on display inside Govan Old, while the others are still in the churchyard. The collection on display consists of the sarcophagus, two cross-shafts, two upright cross-slabs, five hogbacks, and twenty-one recumbent cross-slabs. 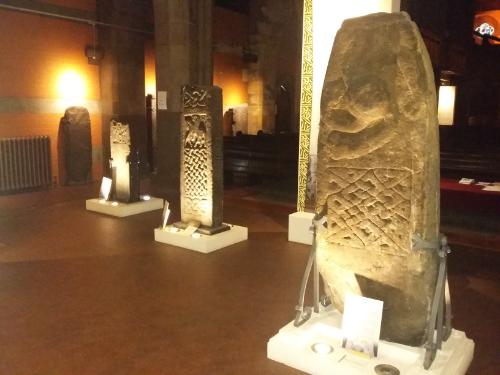 Evidence suggests that this sculpture marks a point in history when the ancient church at Govan Old was adopted as the focus of royal patronage and burial. Considering both the archaeology and the available contemporary historical evidence, it appears that the northern British centre of power moved up stream from Clyde Rock (Dumbarton) after the Viking siege raid in 870 AD. Across the river at Partick was the site of a royal estate. Adjacent to the church, about 200m to the east stood a massive earthen mound, the Doomster Hill, probably a place of assembly where justice was dispensed (demolished in the mid-19th century). This concentration of structures is evidence of Govan’s increased political significance and suggests that it was the principle political centre of the early medieval Kingdom of Strathclyde (Ystrad Clud). 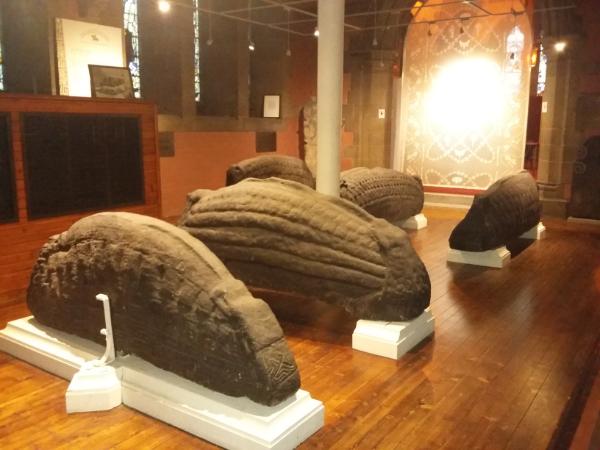 Recent years have seen an increase in the intensity of the research on this internationally significant collection by Glasgow students. Megan Kasten's 2019 PhD uses digital techniques to analyse the carved stones. By utilising Structure-from-Motion photogrammetry to create high precision 3-D models and Reflectance Transformation Imaging to recover extremely worn carving, she has transformed our understanding of the collection. In addition to providing a unique digital corpus, these methods allow old questions, such as whether Govan supported a School of Carving which served early medieval kingdom of Strathclyde, with much more rigour than in the past. Jamie Barnes's 2019 PhD places the Govan hogback at the heart of comprehensive survey of all the hogback monuments across Britain, underscoring their importance. 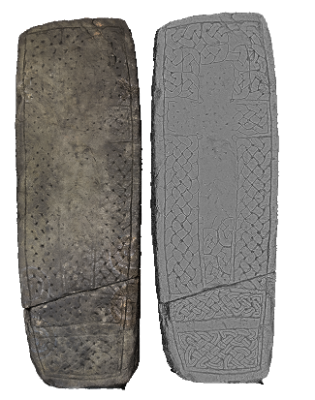 A reconstruction of Govan 26 by Dr Megan Kasten.

Public engagement and community participation has been a prominent aspect of the Glasgow University’s investigations at Govan. This public-facing practice has elevated local appreciation of the cultural heritage significance of the Govan Stones. 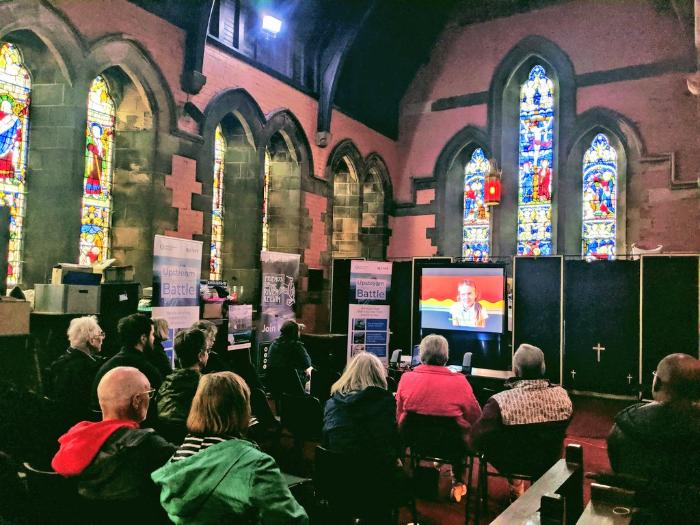 A viewing of the 'Govan Young' documentary during the 2019 'Stones and Bones' Excavation. Photo credit: Emma Semple

The transformation of Govan Old into a self-sustaining community cultural centre has progressed deliberately over the past decade. A grant from the Heritage Lottery Fund supported a redisplay of the stones, which established Govan Old an important and popular heritage destination Govan Old is now established as the Govan’s principal cultural asset and is the heart of unban regeneration schemes. The Govan Heritage Trust initiated a major programme of building work in 2019 intended to provide Govan Old with the facilities to generate sufficient income to sustain the sculpture collection, cultural activities and continued worship in the long term.

Publications through the Friends of Govan Old

For publications, see below.

Publications and other resources

Driscoll, Stephen. 2004. Govan From Cradle to Grave. The Society of Friends of Govan Old.

Owen, Olwyn and Driscoll, Stephen. 2011. Norse Influence at Govan on the Firth of Clyde, Scotland. In: Sigmundsson, S. (ed.) Viking Settlements and Viking Society: Papers from the Proceedings of the Sixteenth Viking Congress, Reykjavík and Reykholt, 16-23 August 2009. University of Iceland Press: Reykjavik