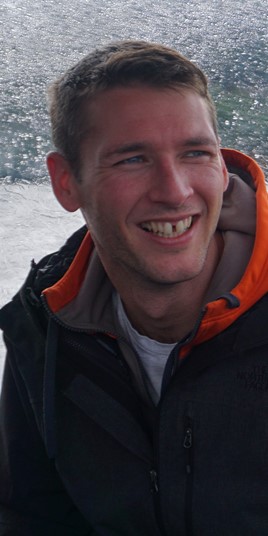 Originally from a coastal village in the Côte d’Azur (south-east of France), I started my scientific career by studying marine calcifying haptophyte algae (coccolithophores) in order to infer palaeonvironmental changes during the early Jurassic. I obtained my Master's degree in Palaeontology, Sedimentology and Palaeoenvironments at the University of Lyon (France) in 2009. Afterwards, I developed a PhD in Paleoceanography (2009-2013) within the Earth Science Department of the University of Lyon, during which I became interested in lipid biomarkers, especially alkenones.

The main goal of my PhD work was to identify the coccolithophore species that were responsible for alkenone production during the Cenozoic, in order to better constrain the use of these lipids as paleoenvironmental proxies in marine sediments predating the Quaternary. I have also combined phytoplanktonic lipid biomarkers (alkenones, long-chain diols) with coccolithophore assemblage data in order to infer paleoenvironmental changes during the Cenozoic. I have thus a double expertise in organic geochemistry and in micropalaeontology.

I use this multi-proxy/multi-disciplinary approach to study the relationship between haptophyte algae and their environment, notably through palaeoceanographic reconstructions. In addition, I intend to better constrain the use of alkenones as palaeoenvironmental proxies. I joined BECS in September 2015 as Research Associate for the ERC ALKENoNE project to develop the alkenone temperature proxy in Canadian lakes. I thus combined the use of surface sediment samples with environmental genomics and algal culturing. I now use my extensive set of skills (organic geochemistry, micropalaeontology, genomics, algal culturing) to better constrain the ecology of haptophyte algae in marine and lacustrine settings and over different timescales (past and present).