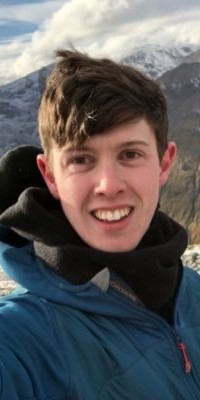 Allan is a visiting researcher from the University of Stirling. He uses chironomid head capsule assemblages to model past summer temperatures for the Last Glacial-Interglacial Transition, for the Northern Isles of Scotland. In addition, he uses AMS radiocarbon dating and tephrochronology to build independent chronologies for his sites. With a robust age-depth model he aims to determine the leads and lags of climate changes across the North Atlantic Ocean, directly comparing records from the Greenland Ice core and other proxies across the British Isles.

Allan is working at the BECS Lab to build a robust Long-chain Alkenone (LCA) record for one of his sites (Shebster basin, Caithness). Here, he aims to critically assess the following: (1) the reliability of chironomid temperature reconstructions by comparing them to the LCA record. (2) determine the leads and lags between the chironomid temperatures and the LCA temperature models. (3) Untangle the seasonal differences in temperature for the Caithness site using the two proxies. This will be the first direct comparison of LCA and chironomid temperatures for the British Isles.

Allan is a graduate of the University of Glasgow (2015) Earth Science programme and he is excited to work here once again. During his undergraduate degree he worked as an Intern for BECS studying ‘Palaeo-humidity reconstructions during the Holocene, for the Sierra Nevada in Spain’ alongside Dr Antonio Garcia-Alix. Throughout his studies at GES he specialised in limnology, field geology, geochemistry and paleoclimatology. In addition, Allan graduated with a MSc in Climate Change: managing the marine environment from Heriot-Watt, University (2016) where he researched the ‘Impacts of ocean acidification on Cold-Water Corals in the UK’. During his time studying he has worked on many sites across the globe ranging from the mountainous hills of Scotland to the tropical coral reefs of the Maldives.