In 2005 he was appointed as a Specialist Registrar in Surgical Dentistry and in 2008, on completing his specialist training, successfully obtained his MSurgDent from the Royal College of Surgeons of Edinburgh.  Kurt was appointed as a Clinical University Teacher in Oral Surgery at the University of Glasgow in 2009.

Kurt’s main research interests are Bone Biology and Dental Education. For bone biology, his main focus is in the area of bone bioengineering and is supervising PhD students working with growth factors such as Bone Morphogenetic Protein and various synthetic injectable, solid and 3D printed scaffolds in the repair of critical-size craniofacial defects. For dental education Kurt is currently supervising a PhD looking at the use of longitudinal data for competence assessment in Dentistry.

Kurt is the coordinator of the 4th Year BDS undergraduate course in the University of Glasgow, co-coordinator of the postgraduate MSc in Oral and Maxillofacial Surgery and manages the incoming international elective visits to Glasgow Dental School. 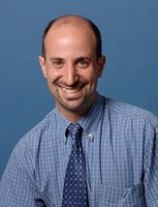