Trends in Incidence of Oral Cancer

Since the early 1970s, oral cancer rates have been increasing. During the period 1990-99, the incidence rate of oral cancer in Scotland increased by 34% in both males and females. The rise has been particularly evident among younger age groups, possibly due to changing patterns of alcohol consumption and tobacco use. 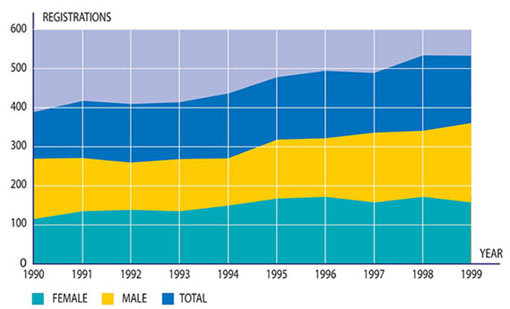 A clear association is seen between social deprivation and incidence rates of oral cancer. This relationship is stronger in males. 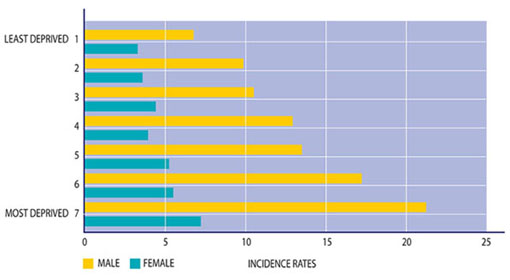 The tongue is the most common site for oral cancer, with the lateral borders being particularly affected. Squamous cell carcinomas of the floor of the mouth account for some 17% of oral carcinomas. They commonly affect the anterior part of the floor of the mouth, around where the submandibular salivary glands discharge into the oral cavity. These lesions are often small and have to be looked for specifically. Small, symptomless intra-oral cancers are most often found in the floor of mouth and the palato-fauceal complex - consisting of soft palate, anterior pillar of fauces
and retromolar area.

Squamous cell carcinoma of the hard palate is uncommon in the UK.

Squamous cell carcinomas of the gingivae (gums) occur most commonly in the molar and pre-molar regions of the lower jaw, as chronic ulcers or tissue outgrowths.