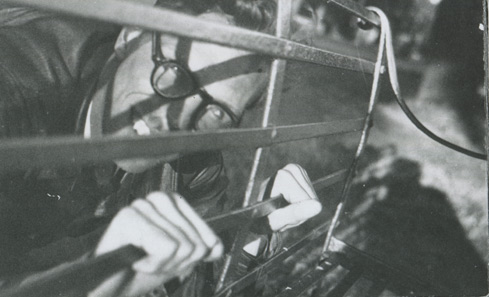 ‘Hamish Henderson and Antonio Gramsci: Or, the Difference between “Hey Jimmy” and Hegemony’

In 1948, Hamish Henderson, who later became a leading light in the Scottish folk revival, set out to translate Gramsci’s Lettere dal Carcere (Einaudi, 1947). His effort is notable as the first English translation of the Sardinian Marxist, though it went unpublished for over twenty years. A generation later, when Gramsci’s stock was high among academics and the radical commentariat of the UK, the political philosopher was played by John Sessions in a docu-drama subtitled Everything that Concerns People. Made for Channel Four television by Glasgow filmmakers, it saw Gramsci pacing the prison-yard, deep in conversation on the finer points of dialectical materialism with his fellow political prisoners, comrades whose accents belonged, unmistakably, to the industrial west of Scotland. When Henderson did publish his translation as a single volume, he wrote of the potency of Gramsci’s life-story and his ideas in contemporary Scotland ravaged by Thatcher’s economic restructuring. He pointed to a painting by Ken Currie depicting the Clydeside autodidact reading Gramsci by night, and he reflected at length on affinities between the Sardinian in Italy and the Scot in the UK. This paper seeks first, to retrace Gramsci’s undocumented influence in Scottish culture, via Henderson’s adoption of his notions of folklore and their enactment through the popular folk revival. Second, this paper considers why Gramsci might have been well served by this enactment, embracing, as it did, the contradictions that arise between theory and practice in Gramsci’s corpus. Finally, this paper will consider how Gramsci might be helpful in understanding the tensions between strains of romantic nationalism and socialist internationalism in Scottish political discourse since Henderson.

Corey Gibson was appointed as lecturer in 20thC Scottish literature at the University of Glasgow last year. Before that he’d been lecturer in modern English literature at the University of Groningen in the Netherlands. He’s the author of The Voice of the People: Hamish Henderson and Scottish Cultural Politics (EUP 2015), which was shortlisted for Saltire Research Book of the Year. He’s currently working on Henderson’s Collected Poems, and on a new research project on representations of work in the Scottish literary imaginary.