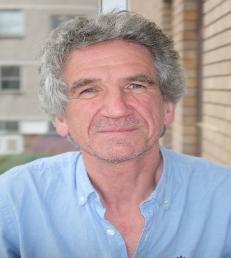 In this talk I shall provide a general overview of Systemic Functional Linguistics (SFL; Halliday and Matthiessen 2014) as a grammar of society in which language functions as a social semiotic (Halliday 1978), a resource which enables interaction between individuals and indexes roles and relations within and between social groups.

I will present analyses from fieldwork in Guyana and the Western Isles of Scotland to illustrate key SFL concepts such as the metafunctions (the experiential, interpersonal and textual resources of language) and stratification (the coconstitutive relationship between grammar, interaction and society.

After this general overview, I will offer a constructive critique of some of the central components of the SFL architecture and the orientation of much research, which are largely based, I argue, on a modernist conception of society (see Bartlett 2018, 2017) that emphasises group categorisation within a single system over hybridity and change (cf. Miller and Bayley (eds) 2016; Bartlett 2012).  As such, the model needs to be revised in order to deal with issues of inclusion and diversity in what has been described as a superdiverse world (Vertovec 2007).

I will conclude with the outline of a methodology combining textual and social analysis within a modified SFL framework to account for the emergence of diverse voices within social institutions and to monitor the degree to which they are taken up and legitimated within such contexts.

2018. Rethinking (context of) culture in Systemic Functional Linguistics. In