Rob is a part-time Masters-by-research student at the University of Glasgow. He is also the Post-Consent Science Manager at the Renewables and Energy Group at the Marine Scotland Science in Aberdeen. They provide enviromental advice on the suitability of locations or the predicted impacts of renewable energy devices (wind farms, wave devices and tidal turbines) in Scotland. However, his job has really migrated to running their Salmon tracking programme.  It’s a full time job at the moment and just keeping track of gear is tough...

Tracking Smolts in the River Dee and During their Early Migration:
A very small needle in a very large haystack.

"...Very little is known about the movements of Atlantic salmon post-smolts in their early marine migration around Scotland. This is particularly true for the East coast of Scotland. For the last two years Marine Scotland Science and the River Dee Trust have been monitoring the movement of salmon smolts as they descend the River Dee and make their early marine migration. Smolts, tagged with small acoustic tags, are monitored remotely as they pass down the River Dee, through Aberdeen Harbour, and out to sea via receivers at strategically placed locations. These receiver locations make up ‘gates’ for the fish to pass and the gates form a large array. We have now tagged 160 salmon and 55 seatrout smolts; 60 salmon smolts were tagged in 2017, and 100, along with the 55 seatrout smolts, were tagged in 2018. We have almost collected all the receivers and are starting to work through the data to look at transit times, swimming speeds, and tag losses (which include mortality). We have also placed this year an acoustic Doppler current profiler (ADCP) in the proximity to the array in the hope of untangling tidal influence from the swimming directions and speeds of the smolts...." 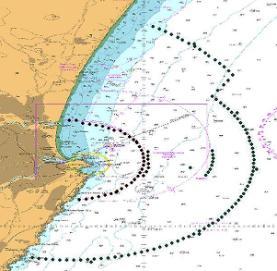 Rob will be presenting his work on the 9th November, in LT2 of the Graham Kerr building at 4pm.