Dr Marianne McCallum graduated from the University of Edinburgh with an MBChB in 2005 having completed a BMedSci in Epidemiology in 2003.

She undertook foundation training in Argyll and Clyde, followed by specialist training in general practice training in north west Glasgow. She completed her training in April 2013 and worked as a GP retainer in Woodside Health Centre before completing a year as NHS Education for Scotland Health Inequality Fellow from August 2016-17.

She joined General Practice and Primary Care at University of Glasgow in August 2017, and also currently works two days a week as a salaried GP in a practice in Ferguslie Park in Paisley. 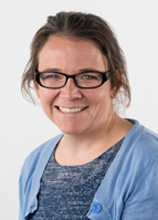