Polyploidy, the presence of more than two copies of each chromosome in the cells of an individual organism, has undoubtedly been a significant force driving genetic diversity and speciation in the evolutionary history of plants, and recent evidence suggests that it is more important in animal evolution than was previously thought. In fact, evidence from genome sequencing projects suggests that even in organisms with small genomes (the yeast Saccharomyces cerevisiae and the plant Arabidopsis thaliana) there is evidence of ancient genome duplication events. This has lead to a dramatic increase in study of the potential fate of duplicate genes, and has brought polyploidy from a somewhat peripheral plant-only perspective to the main stream of comparative genomics, bioinformatics, and evolutionary research. Recent technological advances have greatly enhanced the potential to elucidate both the origins and consequences of polyploidy (and gene duplication in general) in a wide array of organisms. 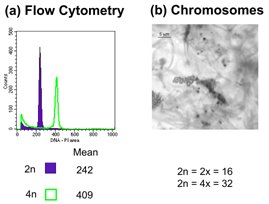 i) Evolutionary dynamics of genes controlling self-incompatibility in natural populations

Sporophytic self-incompatibility (SSI), which is controlled by genes that belong to large gene families, has been extensively studied in cultivated plants in the genus Brassica. In a continuing collaborative project with the research groups of Deborah Charlesworth (University of Edinburgh, Scotland) and Mikkel Schierup (University of Aarhus, Denmark) we characterized the system in naturally occurring populations of Arabidopsis lyrata, which is related both to Brassica and to the self-compatible genetic model, Arabidopsis thaliana and have extended it to other species in the Brassicaceae (in collaboration with Xavier Vekemans, University of Lille; Steve Ansell, Natural History Museum London; Detlef Weigel, Max Planck Institute for Developmental Biology, Tübingen; Marcus Koch, University of Heidelberg).   We identified a large number of S-alleles from the stigma-expressed SRK allele (the female S-gene) as well as additional paralogous loci that do not appear to be directly involved in the SI reaction (Figure 1).   Some of the intriguing aspects of self-incompatibility systems are i) the spectacular polymorphisms maintained in populations over long evolutionary times and ii) the complex dominance systems that appear to operate in sporophytic systems. We were particularly interested in using this gene family as a model for understanding the evolutionary dynamics of genes under balancing selection (negative frequency dependent selection).  One challenge is in genotyping highly polymorphic gene families; we have attempted various approaches, including working with the NERC Biomolecular Analysis Facility in Liverpool to develop other barcode-based approaches (using MiSeq) for SI genotyping that are less error prone than originally attempted 454 sequencing. 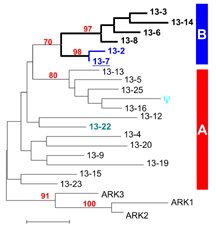 Figure 1. Gene tree showing relationships among a subset of alleles at the self-incompatibility locus of A. lyrata. Sequences can be divided roughly into two major groups (A and B). (Based on Prigoda, Nassuth & Mable, 2005. Mol. Biol. Evol.).

One of my particular interests has been investigation of the consequences of polyploidy on mating system variation and the gene families involved in these types of recognition processes.  In some systems of SI, polyploidy is often accompanied by increased levels of self-compatibility but this pattern does not seem to be very strong in SSI systems (Mable 2004. New Phyt.).  We have found both strongly SI (Europe) and completely selfing (Asia) tetraploid populations of A. lyrata (Figure 2).  We have also established that similar dominance of S-alleles is found in SI tetraploids, compared to that in SI diploids (Mable et al. 2004 Heredity; Mable et al. 2018 Frontiers in Ecology & Evolution). This work involves a combination of establishment of ploidy level using flow cytometry (Dart et al. 2004 Canadian Journal of Botany), controlled hybridisation experiments in the greenhouse to establish the genetics of SSI and extensive molecular characterization (through PCR, cloning and Sanger sequencing or deep sequencing approaches) of the number of S-alleles present in natural populations, their relative age, and divergence levels compared to alleles at loci that are members of the same gene family but that are not involved in SI, and differences in expression and dominance of alleles of different types.

In collaboration with Marte Jørgensen, Karin Lagesen and Anne Brysting from the University of Oslo, we used 454 tagged amplicon sequencing for genotyping the complex gene family associated with the female component of SI (S-related kinase, SRK) in diploids and polyploids occurring in a hybrid zone between A. lyrata and Arabidopsis arenosa that has been studied extensively by Marcus Koch and his group (Jørgensen et al. 2013 Plant Ecology & Diversity). We used this gene family to investigate the consequences of hybridisation and polyploidy on genetic diversity of gene families under balancing selection, using a combination of 454 sequencing and more classical methods (Mable et al. 2018 Frontiers in Ecology and Evolution[BM1] ). We also worked with the NERC Biomolecular Analysis Facility in Liverpool to develop other barcode-based approaches (using MiSeq) for SI genotyping that are less error prone than 454 sequencing. 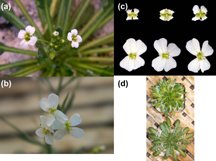 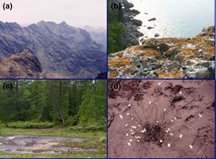 At least some types of resistance genes in plants evolve under the same types of selection pressures as self-incompatibility genes (i.e. balancing selection), when the particular host-pathogen interaction involves negative frequency dependent selection.  We used A. lyrata as a model to investigate how mating system and polyploidy affect such pathogen response systems, focusing predominantly on its interactions with oomycete pathogens known to be problematic for cultivated species in the Brassicaceae.  In collaboration with Eric Holub, at the University of Warwick, we investigated responses to pathogens in the genus Albugo (causing white blister rust, Figure 4), in relation to ploidy and mating system in the host and the consequences of these host characteristics for diversity at candidate pathogen resistance genes.  We also used RAD sequencing to enable comparison of genome-wide patterns of variation in neutral genes with those that might be involved in adaptation (Buckley et al. 2016)  The project involved three postdoctoral researchers (Volkan Cevik and Joana Vicente, Warwick; James Buckley, Glasgow), and three research technicians (Aileen Adam, Elizabeth Kilbride, Ryan Carter). 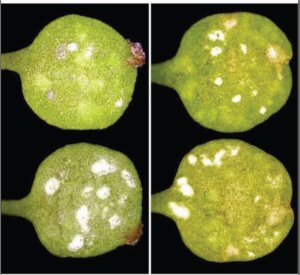 One consequence of polyploidy that has received remarkably little attention is how whole genome duplication affects the ability to respond to pathogens.  Although theories suggest that the greater genetic diversity provided by having twice as many gene copies should increase potential to respond to a wider array of pathogens, this is contradicted by theories of immune gene variation, which predict that having too many copies of immune genes could actually be detrimental.  Tetraploid frogs in the genus Xenopus (African clawed frogs; Figure 5) appear not to retain all four copies of genes at the Major Histocompatibility complex but this has only been investigated in lab strains, where they appear to retain three copies.  In collaboration with Richard Tinsley and Mark Viney from the University of Bristol, we investigated variation at the MHC and neutral genes in feral populations of Xenopus that had been living in Wales for at least 40 years.  Although the population was extirpated by extreme weather conditions in 2010, we were able to confirm that they originated from laboratory strains originally collected in the Western Cape region of South Africa (Mable et al. 2015 Immunogenetics).  Despite origination from a lab population, surprisingly high levels of diversity were maintained not only at the MHC and other immune genes, but also at neutral loci.  In addition, there was variation among individuals in the number of MHC gene copies retained (between 1 and 3).  This emphasizes the increased genetic flexibility possible in polyploids, even in the face of a severe bottleneck of inbred lab strains.