Urbanisation is a rapidly spreading, global habitat change and is associated with profound changes in human lifestyle. The rise of a new 24 h society, which finds its highest expression in cities, comes with subtle health implications not only for humans but also for other organisms that share our urban environments.

‌Changes in behaviour and physiology are especially evident in birds, compared to conspecifics living in natural areas, but neither the mechanisms nor the implications for health and fitness  are well understood. We investigate these implications by comparative studies of urban and rural songbirds. In our earlier work on European Blackbirds we have shown that the biological clocks that time their daily and annual activities differed between the city and forest areas; city birds were much more “fast-paced”, and their biological clocks, overall, were weaker. We have also shown experimentally that light at night was causally involved in some of the observed changes. 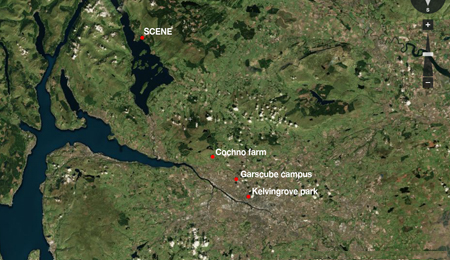 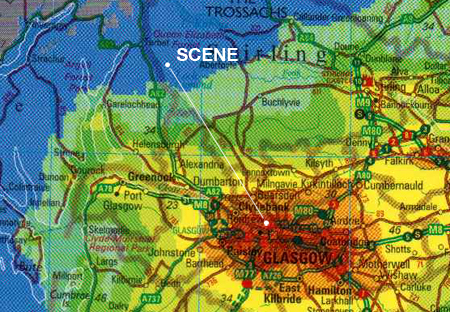 We have recently established an urban-rural gradient of nest-boxes for hole-nesting passerines, which connects the almost 500 boxes in the SCENE woodlands to Cochno farm, the Garscube campus and finally to the University of Glasgow’s main campus (fig. top-right). This urban-rural gradient is nicely illustrated by a map of light pollution - one variable affecting biological rhythms (fig. bottom-right).

This effort has been very effective, as over 70% of nest-boxes were immediately occupied by breeding birds, allowing to test the variation in biological rhythms, behaviour, physiology and genes. Our data show that there are indeed very clear differences between Blue and Great tits breeding in the different localities.

Our earlier work has focused on disruption of biological rhythms, while at SCENE studies have focussed on stress biology, ecology (predation-starvation trade-offs) and experimental eco-physiology. The urban-rural gradient addresses these questions. We are comparing the timing of breeding, and reproductive success and breeding behaviours between urban and rural birds. Future work will involve the mechanistic basis of these differences and will use city and forest populations to investigate possible life-history trade-offs. We are also interested in the genomic study of urban adaptation.