A new type of 3D-printed battery which uses electrodes made from vegetable starch and carbon nanotubes could provide mobile devices with a more environmentally-friendly, higher-capacity source of power.

A team of engineers led from the University of Glasgow have developed the battery in a bid to make more sustainable lithium-ion batteries capable of storing and delivering power more efficiently. The battery’s design and fabrication is outlined in a  paper published in the Journal of Power Sources.

Lithium-ion batteries provide a useful combination of lightweight, compact form factors and the ability to withstand many cycles of charging and discharging. That has made them ideally suited for use in a wide array of devices, including laptops, mobile phones, smart watches, and electric vehicles.

The Glasgow-led team’s battery aims to strike a better balance between the size and the surface area of electrodes by introducing tiny nanoscale and microscale holes, or pores, into their design. By riddling the surface and interior of the electrodes with pores, they can greatly increase the surface area compared to a solid electrode of the same external dimensions.

To do so, they used an additive manufacturing technique, also known as 3D printing, to tightly control the size and placement of each and every pore in their electrodes.
They loaded their 3D printer with a material they developed which combines polylactic acid, lithium-iron phosphate and carbon nanotubes. The polylactic acid is a biodegradable material processed from the starch of corn, sugar cane, and sugar beet, increasing the battery’s recyclability.

They experimented with making circular electrodes at three different thicknesses of 100, 200 and 300 microns. Each electrode was tested with different combinations of materials, varying the amount of carbon nanotubes in the material mixture from 3 to 10 percent by weight, and the porosity from 10 to 70 percent by introducing tightly-controlled grids of holes throughout the electrode.

The team’s 300-micron electrode battery with 70% porosity performed the best during testing, with a specific capacity of 151 milliampere-hour per gram, or mAh/g – the standard measurement of how much charge a battery can hold. That is around two to three times the performance of a traditional lithium-ion battery with a solid electrode of the same thickness.

The increased porosity, and thus the larger surface area, of the thickest 300-micron electrode also influenced the battery’s areal capacity. The thicker electrode was capable of storing 4.4 milliampere-hour per square centimetre (or mAh cm−2) compared to 1.7 mAh cm−2 achieved in the 100-micron electrode, a gain of 158 percent. 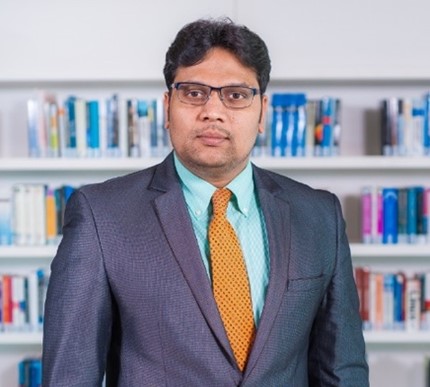 The research was led by Dr Shanmugam Kumar from the University of Glasgow’s James Watt School of Engineering, alongside colleagues from Khalifa University of Science and Technology in Abu Dhabi, and Texas A&M University and Arizona State University in the USA.

Dr Kumar said: “Lithium-ion batteries are increasingly common in everyday life and are likely to continue to increase in ubiquity as we move towards more electrification of transport and a more sustainable world. However, lithium-ion batteries have their own sustainability issues, so it’s important that we look to find new ways to make them better and more environmentally-friendly.

“The 3D printing process we’ve used in this research gives us a remarkable amount of control over the electrodes’ porosity, allowing us to engineer very precisely a new metamaterial capable of addressing some of the shortcomings of the current generation of lithium-ion batteries. We’ve created a battery with a high specific capacity and areal capacity with excellent cyclability.

“These are promising initial results, and we’re keen to continue to explore the possibilities that this kind of microarchitected materials offer to create better, more recyclable batteries for future consumers.”