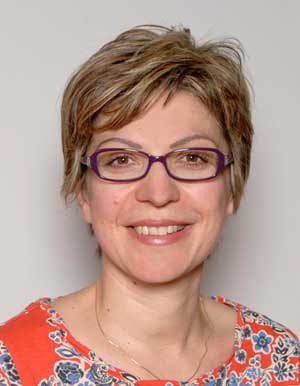 Between 1992 and 2000 I worked on industrial processes control as a Chartered Engineer (Serbian Professional State Exam approved by Serbian Chamber of Commerce).

I received my Ph.D. from the Centre for Sensory-Motor Interaction, Aalborg University, Denmark in 2004, where I spent one more year as a PostDoc.

Between 2005 and 2007 I worked as a senior research officer at the Brain-Computer Interface Group, Department of Computer Science, University of Essex.

Since 2008 I have been with the James Watt School of Engineering, University of Glasgow.

I am interested in Brain-Computer Interface (BCI), as a new form of non-muscular channel for communication between patients and its environment, which compensates a loss of sensory-motor functions or alternatively provides strengthening or modulation of preserved neuro-muscular pathways in patients with impairments of the Central Nervous System. I am in particular interested in developing and implementing patient-managed Brain-Computer Interface systems for home-based neurorehabilitation.

Further areas of interest are improvements of existing rehabilitation therapies combining Brain-Computer Interface and Functional Electrical Stimulation and exploring a correlation between the recovery and changes in the brain responses i.e., brain plasticity. I also apply BCI for operant conditioning training of the brain (neurofeedback) for the treatment of Central Neuropathic pain following injuries to the Spinal Cord.

My research further focuses on EEG as a neuroimaging modality to identify markers of neuropathic pain (diagnostic, predictive, and prognostic). I use machine learning techniques to develop transferable individualized makes of pain to aid stratified pain prevention and treatment.