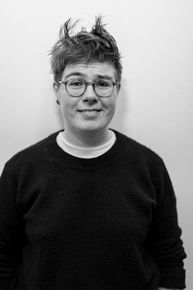 Mathilde is a doctoral researcher at the Centre for Gender History, and titular of a Masters in Gender History from the University of Glasgow. They are interested in studying the construction of gender identity and in the deconstruction of heteropatriarchal discourses in the North Atlantic world. Their thesis confronts the discourses of the Roman Catholic Church on femininity and womanhood in the territory now called Quebec. Mathilde studies their dissemination and the role Catholic gender scripts have played in the development of the French-Canadian national identity, and later the Québécois one. Their work also covers translation issues with regards to the development and reinforcement of gender inequalities in the Bible.