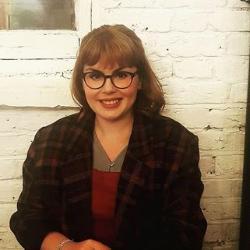 Anna graduated from the University of Dundee in MA History and German in 2017.  She was awarded her MSc in Gender History from the University of Glasgow in 2018. Anna is a doctoral student funded by the AHRC: her PhD is titled, ‘Gendered citizenship and women's relationship to systems of social care: Investigating the GDR’s Frauenparadies (1971-1989)’. Her research examines the role of social care in creating a specifically gendered citizenship for East German women in the German Democratic Republic during the Erich Honecker era (1971-1989).  Her research interests include histories of care, reproduction and childrearing, film history, social histories of modern Germany and German communist history more generally