Professor Beatrice Heuser’s NATO-funded research project utilises her findings in the East German Archives which contained a wealth of documentation on Warsaw Pact military exercises until 1990, and also on the last big crisis of the Cold War, from c. 1979 until 1984.  Her research suggested that Soviet military leaders were afraid that NATO would use a military exercise as a smokescreen for a surprise attack on the Warsaw Pact’s territory.  She has used this case study to draw attention to the dangers of accidents and ambiguities in military exercises that might lead the other side to launch a pre-emptive war out of a miscalculation of exercise motivations.  Moreover, the field of military exercises in their political dimension is extremely under-researched despite the great importance of such exercises.

In a research project involving 25 other scholars and practitioners they addressed this lacuna.  She has in several fora sought to bring the dangers of military exercises aimed at intimidating neighbours to the attention of Russian academics and practitioners, most crucially at a session of the Structured Dialogue of the OSCE in Vienna, pleading for an updating of the Vienna Document to contain language on this issue.  Russia has so far blocked the updating of this document as long as the post-2014 sanctions have not been lifted.
Her work in this area continues.

• 2019, 2020 – work ongoing with sections of the uk, french and german mod and the uk armed forces on military exercises.

Norwegian Defence Command and Staff College, for our first conference in March 2016 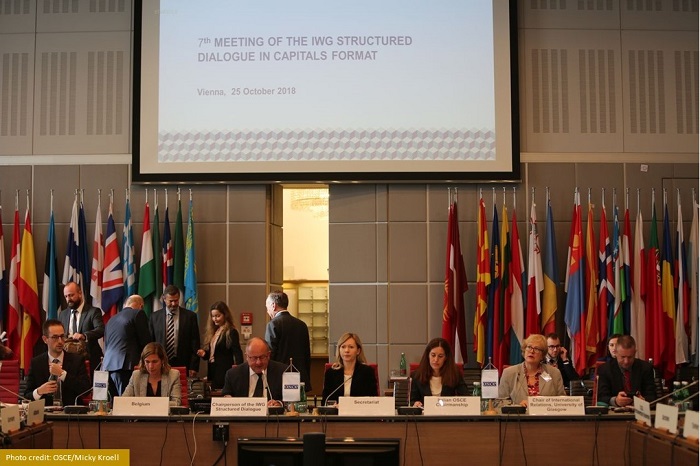