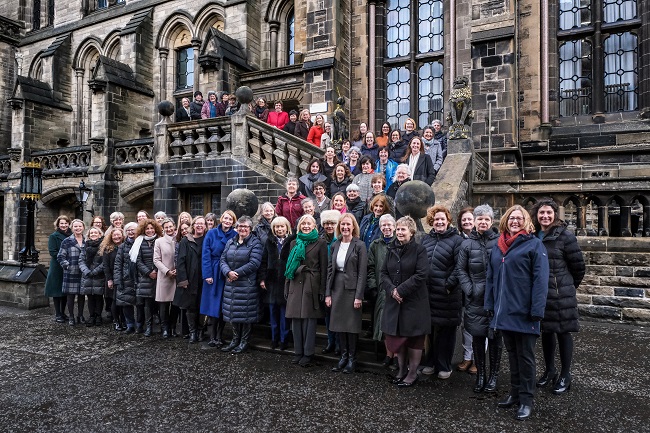 In terms of equality, we've come a long way, but we know we still have a way to go #InspiringWomen #EachforEqual

“Memorials of the Old College of Glasgow: photographs by Thomas Annan” was published 1871. It contained 26 photographic portraits of members of the Senate of the University of Glasgow in addition to interior and exterior views of the Old College buildings and drawings and images of the then new Gilmorehill campus.  The volume was produced as a memorial record of the structure and Senate at the time of the university's removal to new buildings and before the old buildings, situated in Blackfriars, High Street, underwent any change. The image of the professors on the staircase is from University of Glasgow Old and New and is an updated 1891 version of Memorials of the Old College of Glasgow. The Exodus from the Old College or Lion and Unicorn image was an early version of photoshop. The image was created through the photogravure process, which is a printing process where a photographic negative is transferred to a metal plate which is then etched and printed. 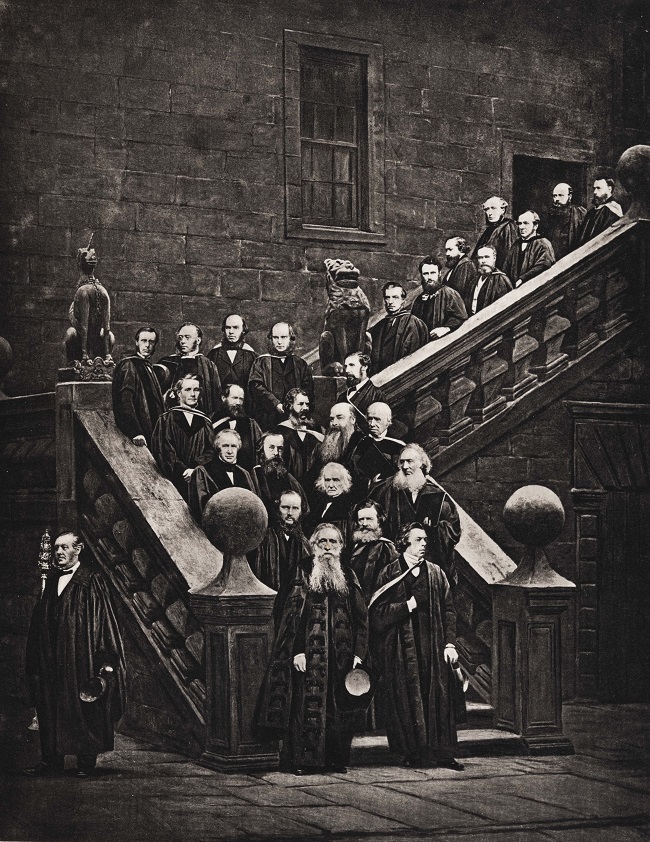