Professor James Leiper from the University Institute of Cardiovascular and Medical Sciences, has been annoucned as an Associate Medical Director for Research for the British Heart Foundation (BHF).

Professor Leiper will start on 1 April 2020 and join the senior research team at the BHF, which sets the charity’s research strategy and oversees its funding of around £100 million in research grants each year.

Prior to his move to Glasgow, Professor Leiper worked at UCL on mechanisms of vascular function before taking up the role of Medical Research Council Programme leader at the MRC London Institute of Medical Sciences in 2009.

He has undertaken internationally leading research in the field of vascular physiology and his work had led to the creation of a new biotechnology company focussed on the development of new medicines for the treatment of sepsis.
Professor Leiper will be based at the BHF for most of the week but will continue his research at the University of Glasgow. 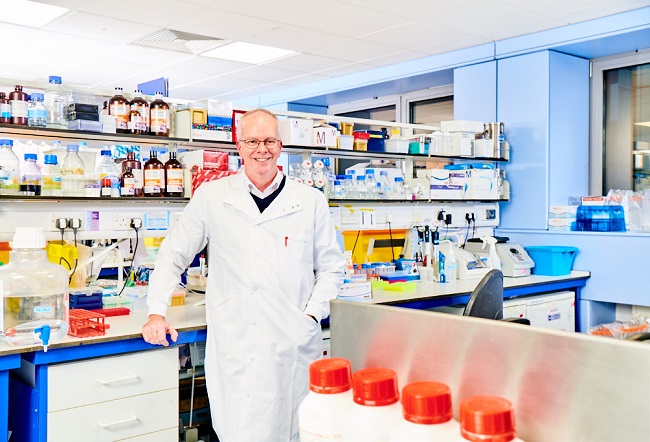 Professor Rhian Touyz, Director of the Institute of Cardiovascular and Medical Sciences (ICAMS) at the University of Glasgow, said: "We are very proud to have a member of ICAMS take on this very prestigious and important role. James is an outstanding leader and scientist who epitomises everything that the BHF stands for. I know that James will do an outstanding job as Associate Medical Director of the BHF and am thrilled that he will continue his exciting research in Glasgow."

Commenting on his appointment, Professor Leiper said: “I am delighted to be taking up the role of Associate Medical Director at the BHF. The BHF provides outstanding support for the millions of UK patients suffering from cardiovascular disease and for the UK cardiovascular research community. It is an honour to join the BHF team that works tirelessly to find new treatments and cures for cardiovascular disease.”

James Leiper is Professor of Molecular Medicine in the Institute for Cardiovascular and Medical Sciences at the University of Glasgow. Originally trained in molecular biology at the MRC Clinical Research Centre, James became interested in cardiovascular physiology whilst working at the Centre for Clinical Pharmacology at UCL and continued this work after taking up a position as Programme Leader at the MRC Laboratory for Medical Sciences.

In 2017 James’ group was recruited to the Institute of Cardiovascular and Medical Sciences at the University of Glasgow where their research focus is the translation of findings from basic science to human health and disease.