Scientists have tested a new way to protect crops from a widespread and devastating bacterial disease, without using environmentally damaging chemical sprays. 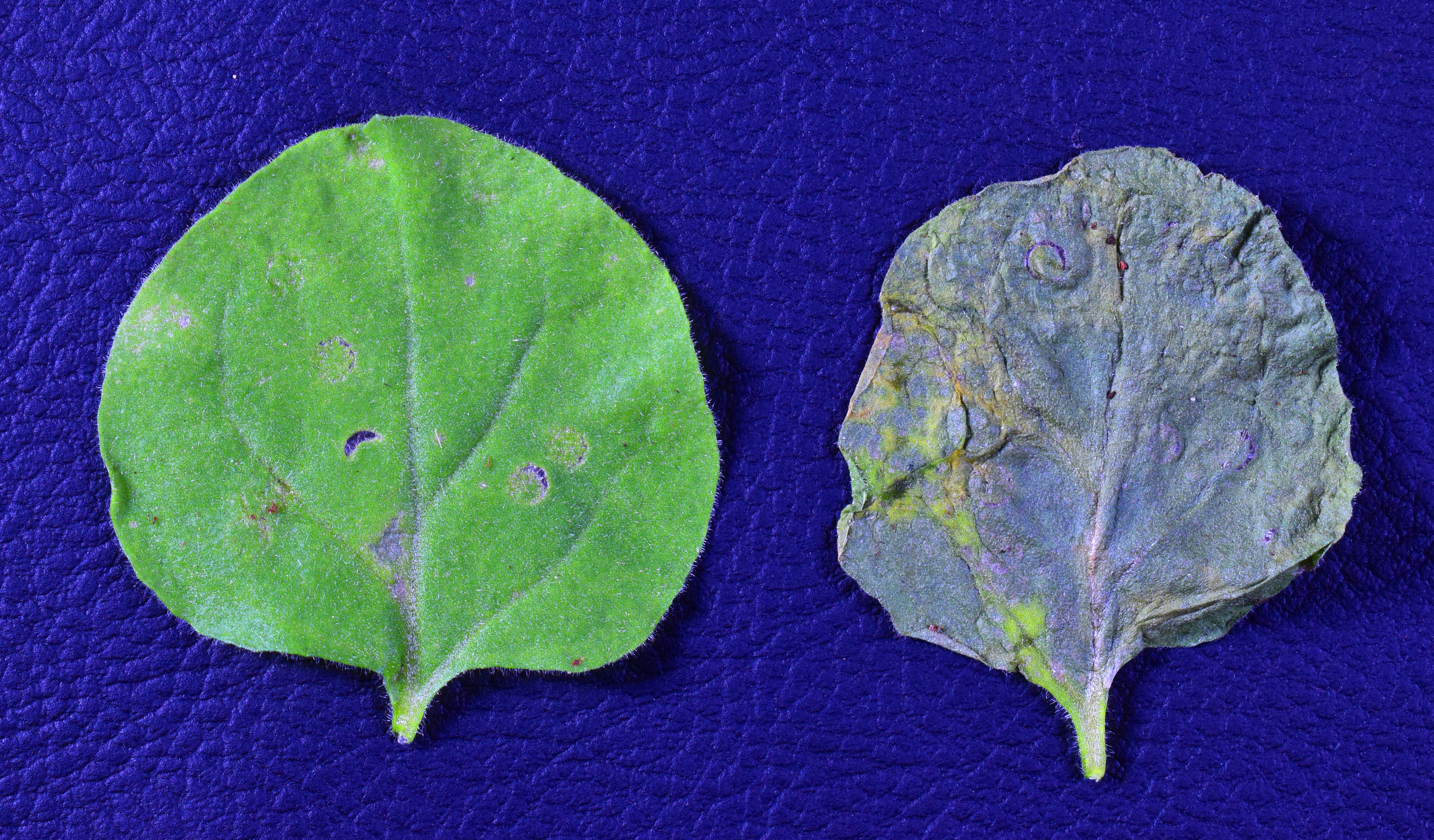 An interdisciplinary team at the University of Glasgow have revealed a new method that could protect many important crop species against the common crop bacteria Pseudomonas syringae (Ps).

Ps and related bacterial species attack a wide variety of important crops in the UK and worldwide, including tomato, kiwifruit, peppers, olive, soybean and fruit trees, causing huge economic losses. Plant diseases are responsible for the loss of about 15% of world crops (worth $150 bn annually), of which a third is caused by bacteria such as Ps. The Ps species complex consists of over 50 known variants, which are responsible for diseases like blight, spot and bacterial speck. Once the bacteria infect part of a crop, the disease can spread rapidly because of the lack of genetic diversity in commercial crop varieties.

Using genetic modification, the team were able to make plants express a targeted protein antibiotic, or bacteriocin. These plants then successfully fought off the bacterial infection without any damage to the plants themselves or the surrounding environment. The team, from the labs of Dr Joel Milner of the Plant Science Group and Professor Daniel Walker from Bacteriology, are presenting their findings today in the Plant Biotechnology Journal.

Currently, chemicals, conventional antibiotics and resistance genes introduced by plant breeding are used to protect plants against these bacteria, but they have limited success and often have adverse environmental impacts. With increased regulatory pressure on the use of chemical treatments and the risk of spreading resistance associated with conventional antibiotics, there is a pressing need to develop alternative strategies to combat bacterial disease in crops.

The team focused on a bacteriocin, putidacin L1, which is produced by a harmless soil-living relative of the disease-causing strains of Ps. They were able to express it in test plants and found it guarded against diverse types of Ps bacteria. In order to do this, the team genetically modified plants to produce the bacteriocin throughout their life – the first time this modification has been trialled in plants.

“Now we know that expression of bacteriocins in crops can offer an effective strategy for managing bacterial disease, we are undertaking research to fully realize the potential of this novel method.”

Lead co-author Dr Will Rooney said: “All major bacterial species produce bacteriocins, so we should be able to use our research as a blueprint to tackle a wide variety of important bacterial diseases in crops like potato, rice and a variety of fruits.”

The University of Glasgow is actively exploring the commercial potential by identifying prospective industrial partners to help exploit the technology and has filed patent applications to protect the IP.

The study, ‘Engineering bacteriocin-mediated resistance against the plant

pathogen Pseudomonas syringae’ is published in the Plant Biotechnology Journal. The work was funded by the Biotechnology and Biological Sciences Research Council (BBSRC) and Wellcome.