Severe and medically complicated obesity can be effectively treated with a non-surgical weight management programme called Counterweight-Plus, according to a new study.

The research from the University of Glasgow, now published in the Journal of Human Nutrition and Dietetics, shows clear evidence for a viable clinical programme to address the ‘intervention gap’ in obesity.

The ‘intervention gap’ refers to the high proportion of people needing and seeking effective weight management who need to lose more weight than is generally achievable through traditional lifestyle-based programmes, but who don’t want or can’t access bariatric surgery.

The Scottish NHS SIGN guideline, published 2010, says that obese people with a BMI over 35, or over 30 with complications such as type 2 diabetes sleep apnoea, hypertension, infertility, depression, arthritis, should aim to lose 15kg (at least 10%).

Conventional diet and lifestyle-based options typically only achieve around 5% loss.

Counterweight-Plus is a well-supported intensive dietary programme that includes: ‘Total Diet Replacement (formula low energy diet) for 8-12 weeks, followed by food reintroduction, and long-term weight loss maintenance. It is delivered by staff who have had 12 hours training, with ongoing specialist support and access to medical consultant expertise. 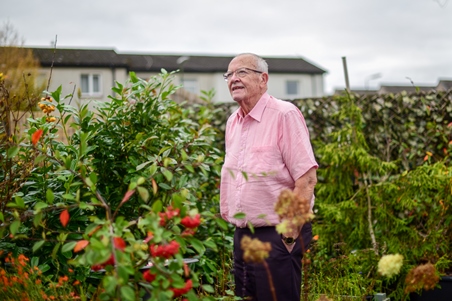 The programme was originally developed under funding from the Scottish Government Health Department in collaboration between the University of Glasgow and Robert Gordon University (Aberdeen). It was used in the recently-published landmark DiRECT trial, funded by Diabetes UK, which generated 86% remissions of type 2 diabetes with weight loss >15kg, and 73% with weight loss >10kg.

The new service evaluation published in the Journal of Human Nutrition and Dietetics analysed all 288 patients enrolled in the programme between January 2013 and December 2016, mostly from nine UK Health Service areas, plus one private weight-management service and 8 individual private Counterweight-Plus trained practitioners. Participants’ ages averaged 48 years, weight averaged 128 kg; 27% were male; and 35% had diabetes. The average weight loss for attenders at 12 months was 14.2kg.  The target weight loss of 15kg at 12-months was achieved by 22%, and >10% loss by 28%, of all patients who entered the programme. When focusing on the 55% who completed the programme 40% achieved the target loss of 15kg and over half achieved more than 10% loss.

“Our research is the first published evaluation of a weight management programme involving a phase of Total Diet Replacement outside of a clinical trial.  We found great need for a non-surgical intervention like Counterweight-Plus because the patients we looked at had severe and medically complicated obesity, requiring more than conventional ‘lifestyle only’ programmes. Not only that, but access to bariatric surgery is limited in the UK and holds limited appeal for many people”.

“We also know this programme works well, with considerably greater maintained weight-loss than with conventional diet and lifestyle interventions, and the results were equally good for people with diabetes. With evidence accumulating that weight loss of 10-15kg can lead to remissions of type 2 diabetes, wider implementation of the programme could bring major personal, social and medical benefits to patients and long-term cost benefit to the NHS.”

Senior author of the paper, Glasgow University’s Professor Mike Lean, said: “The importance of this paper is that it is not ivory-tower research, but describing the results achieved by the real people who real doctors are trying to help with obesity and its complications.  The programme is robust in different settings, and may prove cheaper than the expensive drugs now prescribed for complications like type 2 diabetes.”

Joe FitzPatrick, Scotland’s Minister for Public Health, said: “Two out of three adults in Scotland are overweight or obese, which is the most significant risk factor for developing type 2 diabetes. This research adds to the growing evidence that significant and sustained weight loss can lead to type 2 diabetes going into remission”.

“The Counterweight-Plus programme is being considered in our national framework on prevention and early intervention, which we are supporting with £42 million of investment over five years.”

Details on Counterweight-Plus are included in the Scottish Government Framework for prevention and management of type 2 diabetes. The programme has been commissioned by a number of UK NHS and private health agencies and is already available in limited NHS locations. It is also available directly from the company.

For NHS patients, in areas where funding or part-funding for Counterweight-Plus is available, the service is provided by dietetic departments through referral from clinical specialties where weight loss is core to the clinical outcome, such as in type 2 diabetes.

The paper, ‘Filling the Intervention Gap: Service evaluation of an intensive non-surgical weight management programme for severe and complex obesity’ is published in Journal of Human Nutrition and Dietetics.

John Gemmell, 74, Falkirk, began using the Counterweight-Plus programme in May 2016 at the age of 72. At the time, he was extremely overweight and weighed 146.3kg and had been living with type 2 diabetes for over 20 years. He had a 58” chest and a 52” waist. When he needed a knee replacement in the spring of 2016, his surgeon told him he couldn’t operate on him until he lost the weight and referred him into the Counterweight-Plus programme.

Mr Gemmell said: “At that point, on a scale of one to 10, my need to lose weight was a 10. I needed to lose the weight to get the surgery, as I could hardly walk across the room.”

Spurred on to lose weight, Mr Gemmell lost nearly a stone himself before beginning the programme, and after starting Counterweight-Plus, the weight came off further.

“It was easy,” said Mr Gemmell. “I got used to what I was eating and it was no problem. I got lots of help and support from dieticians.”

Mr Gemmell’s weight is now 92kg. “I’m back to eating just about normal now and the weight has stayed off. I’ve been about the same weight for nine months now.

“I was so big for so long, people are amazed and it feels really good to have got so much weight off.”

Mr Gemmell is now considered to be in complete remission from his type 2 diabetes and the amount of pills he takes has dropped from 14 tablets down to three. He no longer takes any medication for diabetes.