One was a successful rugby player who was capped for Scotland, one a respected doctor and family man, another a grocer’s son who cut short his studies to join the war effort, and another was a secondary school teacher.

These men were among the fallen of the First World War whose names, until now, were missing from the University of Glasgow’s Roll of Honour.

Now, 100 years after the war, their names will be carved in stone alongside those of the men and women already remembered in the University Memorial Chapel, and their families invited to memorial services on Remembrance Sunday, on November 11, 2018.

Katie McDonald, Researcher with the College of Arts, University of Glasgow, said: “We are still piecing together the stories behind the names of the fallen and ask anyone who has any information about them and any pictures ofthem to get in touch.

“In 1929, when the University originally called for names to be inscribed in the Memorial Chapel, the University widely advertised in newspapers, asking families to come forward with names of the fallen. Some people may not have seen the advertisements, or they could have assumed their son or brother or father’s name was already on record. Also, many families found it terribly hard to talk about their losses and may have found it too painful to come forward.

“Where students studied at more than one institution, some have been remembered in one and not the other. Perhaps an assumption was made by those providing the information that it would be shared, or perhaps it was too hard to relay the news repeatedly.

“Now, thanks to digital resources, online research, and collaborations with both local projects, such as the Scottish War Memorial Project and the Inverclyde Great War Project, and national initiatives such as the Imperial War Museum’s Lives of the First World War project, we have been able to add more names to the Memorial Chapel.”

University Chaplain, Reverend Stuart MacQuarrie said: “It’s right to honour all of our fallen with their names engraved on an additional stone panel in the Memorial Chapel, which was built to remember the great sacrifice made by the University’s students, staff and alumni during the First World War.

“We invite all the families, schools, and communities related to the fallen to join us for the memorial services on November 11.”

John Briggs, Clerk of Senate & Vice-Principal of the University of Glasgow, said: “The stories that have been uncovered about our fallen are both inspiring and profoundly moving. We are humbled and deeply honoured to be able to commemorate their lives in this way, one hundred years after the First World War.

“Over the course of the war, the University of Glasgow lost 780 members of its community. I am honoured to be involved in our Great War Project, which tells the stories of those from the University who served in the Great War.” 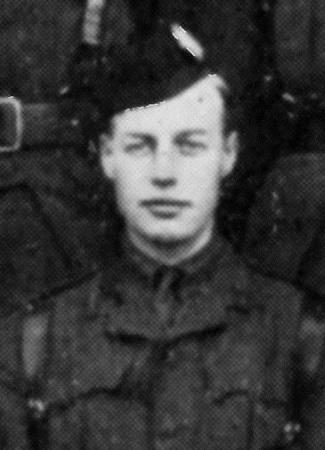 Photo Courtesy of The Friends of Glasgow Necropolis

One of those being honoured is a rugby player who was capped for Scotland. Captain William Campbell Church played for Glasgow Academicals between 1904 and 1907, was on the winning team for the Scottish Club Championship 1904/5, and played for his country against Wales in 1906. He matriculated in 1905, taking a class in mercantile law and playing for the University rugby team.

A stockbroker who lived in Partick, Glasgow, he enlisted with the 8th Battalion Cameronians (Scottish Rifles). Captain Church was 32 when he was killed by machine gun fire within ten yards of the enemy trench at Gully Ravine, Gallipoli in 1915. He was remembered by his friend, Commander J A Henry of the Royal Navy, as “a good man to play with or against.” 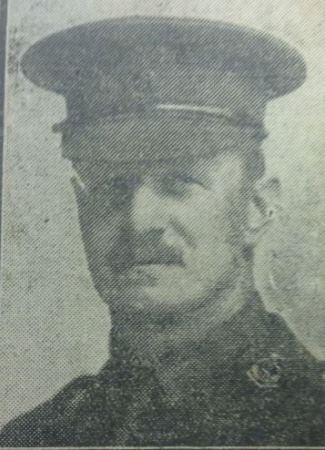 Captain William Turner set up his medical practice in Saltcoats, Ayrshire after gaining a First Class certificate for Surgery at the University. When war broke out, the father-of-three joined the Royal Army Medical Corps, serving first in the East before seeing service on the Western Front.

He returned home to fight the acute pneumonia he had contracted on active service, and died on April 6, 1918 at the age of 43. His name was not recorded originally because he died in hospital in England rather than being killed in action – the regulations have since been changed to include men and women who died as a result of their military service, regardless of where and when they died. 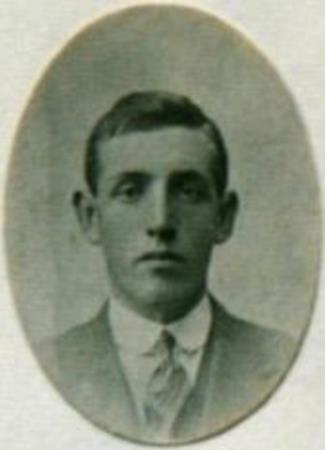 Private Archibald James Shanks Morrison known as Jimmy from Whithorn, Wigtonshire, was the son of a grocer who matriculated in 1916 aged 17.

He studied for one year of a BSc programme but cut short his studies to serve in the King’s Own Scottish Borderers as a Private.

He was killed in action on 23 May 1918 and his memorial is in Tannay, British Cemetery in Thiennes, in Northern France. 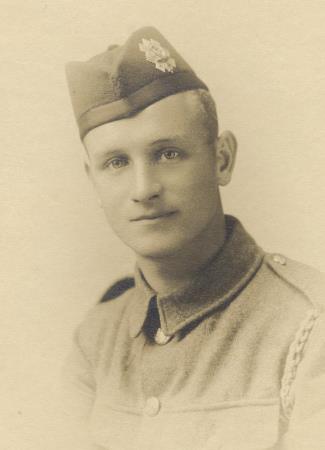 Corporal James Crawford Robertson, of Beith, Ayrshire, graduated with an MA (Hons) in Classics in 1913.

He went on to train as a teacher at the Glasgow Provincial Training College, now the University of Strathclyde.

He was appointed a teacher at Shawlands Academy in Glasgow on 3 September 1914.

He served with the 17th Battalion Highland Light Infantry and was killed in action on 14 July 1916, four days before his 23rd birthday.

The University asks people who have any more information, family stories or pictures related to the 19 additional names to get in touch with the Chapel: telephone: +44 (0) 141 330 5419 or email: chaplaincy@glasgow.ac.uk.

If anyone would like to view the records the University holds on the fallen, please contact the University Archives on archives@glasgow.ac.uk, or telephone: +44 (0) 141 330 5515.

The list of 19 missing names with short biography and links to more details: