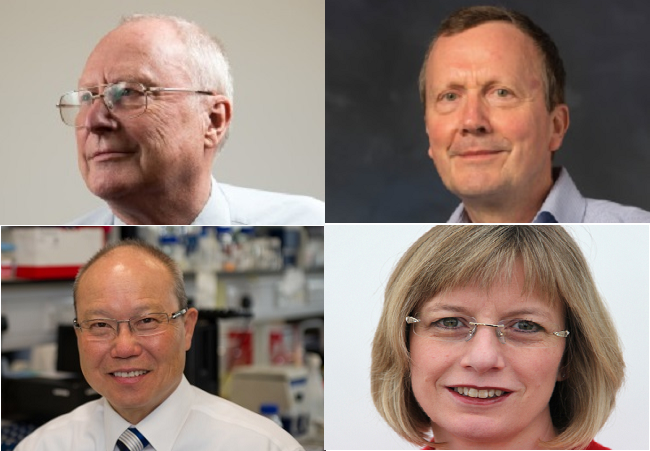 Several University of Glasgow academics have been recognised in this year’s Queen’s Birthday Honours list.

Professor James Hough, Research Professor in Natural Philosophy in the School of Physics and Astronomy, has received a knighthood for services towards the detection of gravitational waves.

From the School of Law, Professor James Murdoch, Professor of Public Law, has been made a CBE for his promotion of human rights in Europe and his contribution to university education.

Professor Foo Yew Liew, Gardiner Professor of Immunology is to receive an OBE for services to Science and Medicine, particularly in Scotland and Hong Kong.

The Principal and Vice-Chancellor of the University of Glasgow, Professor Sir Anton Muscatelli, said: “I am delighted that the incredible work and achievements of our academic colleagues have been publicly recognised in this way. Congratulations and well done to all of the recipients.” 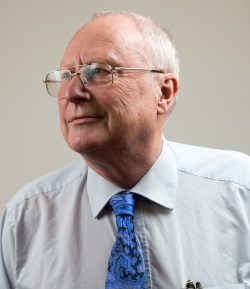 Professor Hough’s knighthood is the latest in a string of honours award to him and his colleagues in the Institute for Gravitational Research at the University.‌

Earlier this year, Professor Hough won a Gold Medal in astronomy – the highest honour the Royal Astronomical Society can bestow – also for his work on one of the biggest scientific breakthroughs of the century. ‌

Gravitational waves – disturbances in the curvature of space-time – were predicted by Albert Einstein in 1916 as a fundamental tenet of his theory of General Relativity.

They were first detected a century later by the Advanced Laser Interferometer Gravitational Wave Observatory (LIGO), emanating from the merger of two massive black holes. This discovery gave astronomers an entirely new tool for studying the universe.

Professor Hough, working as part of the UK/German GEO600 team, with his colleagues developed sophisticated mirror suspensions that helped enable LIGO to reach the sensitivity required for the discovery.

Professor Hough said, "I am delighted and a bit overwhelmed by this honour. I am so pleased that the detection of gravitational waves has had such a scientific impact and am looking forward to the future discoveries my colleagues and I are going to see in the coming years." 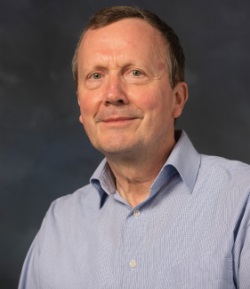 Professor Murdoch’s contribution to the promotion of human rights has been demonstrated through his extensive work with the Council of Europe; through his publications; and in university human rights education.

Over a period of 25 years, he has been involved in a number of projects, mainly in Central and Eastern Europe, in helping establish respect for human rights in newly-emerging democracies.‌

He has also been responsible for the creation of an innovative course, the human rights project, which requires students to prepare and present a human rights case, culminating in a legal debate at the European Court of Human Rights. This course has now been running for 25 years and has inspired scores of students to go on to work in the human rights field or to pursue an interest in human rights in their chosen careers, including in public service both here and abroad.

Professor Murdoch’s most important contribution to university education, apart from his excellent and innovative teaching, has been in promoting the internationalisation of the student experience.

In recent years, nearly half of all Glasgow LLB students have spent a semester or an academic year abroad or had some other international experience. The School of Law has links with over 40 higher education institutions worldwide. This has brought great benefits to the students both in terms of career development and personal growth and has helped to promote mutual respect and understanding amongst nations. He has also served at university-level as international dean for promoting undergraduate outward mobility.

Professor Murdoch said: “It's a great honour to be recognised in this way, but the award also reflects the support of colleagues in the School of Law at Glasgow. I am also grateful to our students who have participated enthusiastically in international mobility activities whether these have been in cooperation with the Council of Europe or with other partner universities across the globe.” 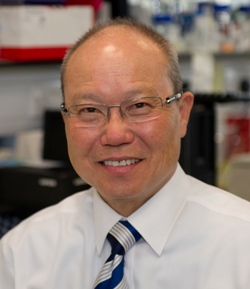 This has clarified how the body strikes a balance between destroying infectious agents and avoiding damage to its own tissues, and opened the way to new and more effective therapies for conditions including rheumatoid arthritis and sepsis.

During his career, Professor Liew has made important breakthroughs, including the discovery of T cell heterogeneity, which led to a greater understanding and treatments of the disease Leishmaniasis, and pinpointing the role that Nitric Oxide plays in regulating the body’s immune system.

Since arriving in Glasgow in 1991, Professor Liew has transformed the Scottish immunological scene and, under his leadership, Glasgow has grown into one of the leading international centres of Immunology.

In 2012 Liew was elected as a FRS due to his pioneering work in the field of immunology and inflammatory diseases in a career spanning four decades. 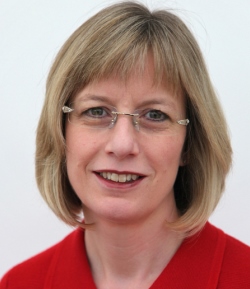 Professor Carol Tannahill is the Director of the Glasgow Centre for Population Health, having been involved in establishing the organisation and leading its development since 2004.‌

The Glasgow Centre for Population Health generates insights and evidence and supports new approaches to improve health and tackle inequality.

During her career, Carol has contributed to public health policy and strategy developments in international, national and local contexts, placing a particular priority on building the connections between research, policy and practice.

In April 2014, she took up the role of Chief Social Policy Adviser with the Scottish Government on a part-time secondment, to work with different teams on the Government's approaches to supporting communities and tackling deep-rooted inequalities.

Carol is an Honorary Professor with the University of Glasgow and Glasgow Caledonian University, a Trustee on the Board of the Joseph Rowntree Foundation, and a Fellow of the Faculty of Public Health, the Royal Society of Edinburgh and the Academy of Social Sciences.