A new study by University of Glasgow researchers may give further insight to the deaths of all 129 crew of the ill-fated “Franklin Expedition” of 1845 which was lost in the Canadian Arctic as it attempted to navigate the final link in the fabled Northwest Passage in HMS Erebus and Terror. 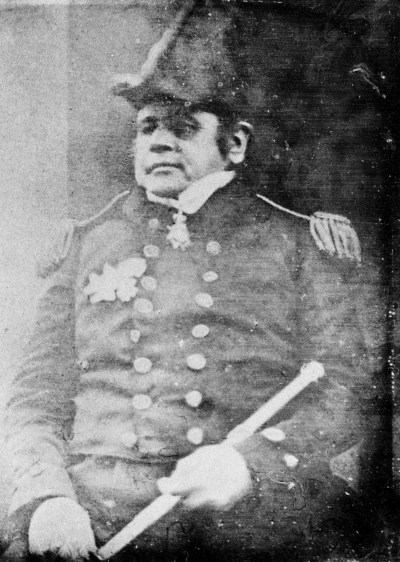 The recent discovery on 3rd September 2016 by the Arctic Research Foundation of the “pristine” wreck of HMS Terror and the earlier discovery in 2014 of HMS Erebus by Parks Canada lend particular relevance to the research. The Royal Naval expedition under the command of Captain Sir John Franklin was last seen entering the Arctic in July 1845. Its subsequent disappearance led to one of the greatest search-and-rescue missions in history. Three graves with ice-preserved corpses were discovered in 1850 in the northern Arctic, but only in 1859 were the remains of the rest of the crew discovered far to the south near the Canadian mainland. An enigmatic single-page document was also found, stating that the ships had become trapped in pack ice in 1846 before being deserted in 1848. Significant loss of life had occurred, particularly amongst the officers.

Medical factors including tuberculosis, scurvy and lead poisoning have been offered to explain the loss of the expedition but have been difficult to prove because the surgeons’ journals (the “sick books”) which recorded illness on board have eluded discovery. In the absence of the Franklin sick books, a team of researchers from the University of Glasgow led by Professor Keith Millar of the College of Medical, Veterinary and Life Sciences and Professor Adrian Bowman of the College of Science and Engineering carried out a study of the sick books of Royal Naval ships sent in search of Franklin. As the search ships were similarly equipped and provisioned to Franklin’s vessels, the team examined the illnesses and deaths that occurred amongst the search crews on the grounds that the conditions suffered by those crews might reflect those of the missing expedition. 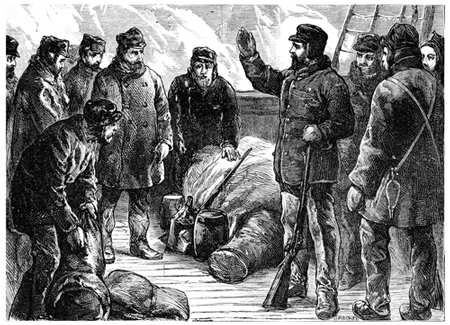 From the patterns of illness seen in nine search crews it was concluded that Franklin’s men would have suffered common respiratory and gastro-intestinal disorders, injuries and exposure, and that some deaths might have occurred from respiratory, cardiovascular and tubercular conditions.

“Scurvy occurred commonly despite the provision of lemon juice to prevent the disease. However, based on the evidence from the search ships, and analysis of the skeletal remains of some Franklin crewmen by other researchers, it seems that scurvy may not have been significant at the time when Franklin’s crews deserted the ships,” said Professor Millar.

Lead poisoning from solder that sealed the expedition’s canned provisions has been proposed to explain the loss of the expedition since the discovery of relatively high levels of lead in the remains of some crewmen. However, Professor Millar commented that, within the similarly provisioned search ships, “There was no evidence of lead poisoning despite the relatively high exposure to lead that was inevitable on ships at that time and across the British population as a whole. Unless a unique source of lead was present on Franklin’s ships, there is no clear evidence that lead poisoning played a part in the disaster.” The team had previously published an analysis of lead in the crews’ remains which drew a similar conclusion.

Similarly, whilst tuberculosis was a common cause of death amongst naval crews of the time, there was no evidence from the search ships that would support the disease having caused significant losses amongst Franklin’s men.

Based on evidence from the search ships, the team proposed that the disproportionate number of deaths of Franklin’s officers was probably a result of non-medical factors such as accidents and injuries sustained when officers took on the dangerous task of hunting for wild game to supplement provisions, and continued the attempt, on foot over difficult terrain in a harsh climate, to discover the route of a Northwest Passage.

The discovery of the Erebus and Terror may ultimately provide first-hand evidence of the role of medical and other factors in the disaster. Professor Millar said: “We understand from our colleagues in Parks Canada that if any of the expedition’s written records were stored securely on board then the underwater conditions are such that they may remain in a legible condition. If a ‘sick book’ has survived on one of these ships it may record the events that led to the failure of the expedition and put an end to further speculation, including our own.”