University of Glasgow nominated for five ‘Oscars of higher education’

The University of Glasgow has picked up five nominations in the prestigious Times Higher Education awards.

The annual awards, organised by the Times Higher Education magazine and sometimes referred to as the ‘Oscars of higher education’, recognise a wide range of achievements in areas including teaching, entrepreneurship, widening participation and research. 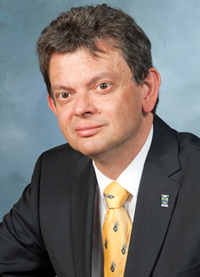 The winners of each of this year’s 19 award categories will be announced at a ceremony in London on Thursday 24 November.

The University of Glasgow’s nominations are:

Professor Anton Muscatelli, Principal and Vice-Chancellor of the University of Glasgow, said: “We’re pleased and proud to be nominated for five Times Higher Education Awards – one nomination more than last year and more than any other institution this year.

“It’s fantastic that the University’s world-changing work in teaching, research, outreach, internationalisation and knowledge exchange is being recognised by the Times Higher Education judges.

“I’d like to congratulate everyone involved in the work nominated and wish them the best of luck for the awards ceremony in November.”