The University of Glasgow has been invited by UNESCO’s Director General to join its prestigious universities network (the UNESCO Chairs) and establish the first UNESCO Chair in Refugee Integration through Languages and the Arts.

The University of Glasgow’s Professor Alison Phipps will lead this activity as the UNESCO Chairholder. 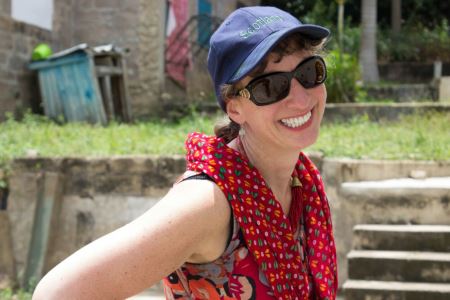 Professor Phipps, who is Professor of Languages and Intercultural Studies in the School of Education and Co-convener of GRAMNet – the Glasgow Refugee and Asylum Migration Network, said: “The endowment of this Chair by UNESCO will allow us to extend our work significantly with a focus on the protection of living culture. It will allow us to develop multilingual and creative hubs of activity with a number of partners, including Glasgow Open Museums, Scottish Refugee Council, the Red Cross and the Iona Community to enable refugee integration through languages and the arts. In Ghana we shall be working with the University of Ghana and the Noyam African Dance Institute and in Gaza with the Islamic University of Gaza.”

Glasgow’s UNESCO Chair will be delivered in partnership with the University of Glasgow’s Refugee, Asylum and Migration Network (GRAMNet), migrants, refugees and asylum seekers, a collective of international researchers, artists, public and third sector organisations. It extends present work funded by the Arts and Humanities Research Council under the Translating Cultures theme with existing partners – including those in Gaza and Ghana with historical experience of refugee integration, land, language and population loss – to address needs in countries that are presently receiving displaced persons.

In response to UNESCO’s announcement, the University will establish a full-time secretariat to undertake a programme of research focused on fostering refugee integration through creative and cultural expressions. The University will also appoint two artists-in-residence – Gameli Tordzro, a Ghanaian multiple arts professional, and Tawona Sithole, a poet from Zimbabwe. 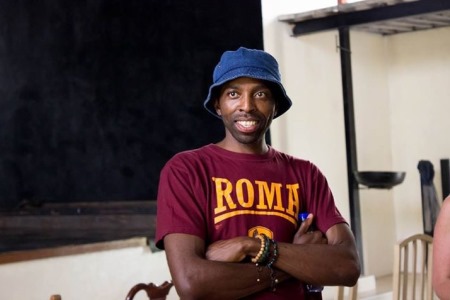 Professor Anton Muscatelli, Principal and Vice-Chancellor of the University of Glasgow welcomed the announcement and said: “The establishment of this UNESCO Chair is a great honour for the University and reflects our commitment to and support for refugees since the 1930s when the University was a haven to academics fleeing the Nazi regime. It is also a tribute to the inspirational research that has been led by Alison Phipps. I have no doubt that the UNESCO Chair will lead to an expansion of this important work at a time of unprecedented refugee crisis”.

The UK National Commission for UNESCO, which is the central hub for UNESCO-related matters in the UK, supported Professor Phipps through the rigorous application process to establish the UNESCO Chair. The UK National Commission for UNESCO’s Higher Education Director, Professor Kiran Fernandes, said of the announcement: “With its focus on fostering community integration through creative and cultural expression, Glasgow’s UNESCO Chair encapsulates what UNESCO is all about – building peace in the minds of men and women through intercultural understanding and collaboration. In being invited to establish a UNESCO Chair, the University of Glasgow is taking its rightful place within a dynamic, global network of universities which have been formally honoured by UNESCO for high-quality research that is working to further UNESCO's peace building mission”.

Research projects range from the dynamics of ethnic inequality and identity in the UK since the Second World War; lesbian, gay and bisexual migrants in Scotland; and a training model for effective interpreting in healthcare settings.

An inaugural UNESCO Chair lecture will be held at the University of Glasgow in spring, 2017.

The Scottish Refugee Council’s Head of Policy and Communications, Gary Christie, said: “Since the considerable increase in interest in refugee integration, through the resettlement of refugees from Syria, we have further consolidated our work with the University. Large public meetings on the Greek arrivals and humanitarian aid with Médecins Sans Frontières, artists and campaigners, and also with the Italian Ambassador to the UK, have each attracted audiences of over 300 at the University for our joint work.

“They have been central to capacity building required across many new sectors. Working with academics under the proposed UNESCO Chair programme will enhance those new activities considerable and enable us to work with partners in contexts from which we have much to learn, but where we often struggle for research access. The proposed extension of the CARA (the Council for At-Risk Academics) work by the University is particularly pleasing and could lead to significant capacity building around refugee integration in the higher education sector.”

The Artistic Director of Noyam African Dance Institute, Nii Tete Yartey, said of the recent work with Professor Phipps, Gameli and Naa Densua Tordzro and Tawona Sitholé in Ghana: “The past weeks with the research and artistic team of Broken World, Broken Word has been a transformative experience for not only the Noyam Dance Institute, but also the Dodowa community as a whole. It is rare to have a project that goes beyond just harnessing the collective energies of a community to touch and actually bring families together in the end. It has been an amazing journey. I look forward to future work deepening these relationships through the UNESCO Chair programme. "‌

Dr Nazmi Al Masri, Vice-President of External Relations, the Islamic University of Gaza, said: “The Islamic University of Gaza is delighted to be a partner in this innovative UNESCO Chair established at the prestigious University of Glasgow and to be competently and creatively led by Professor Alison Phipps. Speaking from Gaza, which has been hosting Palestinian refugees for about seven decades, I can confidently confirm that this UNESCO Chair will achieve its noble objectives and will contribute to the promotion of universal values adopted by the UNESCO and the partner universities involved in this Chair. Hand in hand and with languages and arts we will together promote the culture of peace, tolerance and pluralism.”