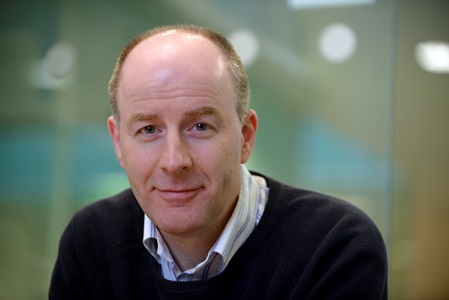 The trial, which launched in four hospitals across the UK on Monday 29 August, will treat pancreatic cancer patients whose cancer has grown too big to be removed by surgery but has not yet spread to other parts of the body.

The team will give patients on the trial a drug called olaparib, in addition to the standard treatment of chemotherapy and radiation known as chemoradiation. CRUK support helped to develop this drug.

Cancer survivor Noreen Leighton, 58, from Stirling, was diagnosed with pancreatic cancer in February 2011 after going to her doctor because she had been feeling unwell. She says that taking part in a CRUK trial during her treatment played a huge part in her survival.

She said: “When my doctor told me I had cancer I was in a state of disbelief. I was sure they had made a mistake. After I had an operation to remove the tumour, my doctor enrolled me on a clinical trial and that’s the reason I’m here and able to spend time with my two beautiful grandchildren. Research transformed my life and now I live in the moment of every day. Pancreatic patients urgently need new treatment options and the only way to find these is through research.”

Many people are diagnosed with pancreatic cancer at a stage when the tumour is too big to be removed by surgery and this treatment could bring tumours back to an easier-to-treat state.
Radiotherapy, and some chemotherapy drugs, works by causing damage to DNA in cancer cells. When cancer cells repair this damage, then the tumours become resistant to treatment.

Olaparib stops an enzyme in the body, called PARP-1, from working. Cells rely on PARP-1 to help repair their damaged DNA. So cancer cells are more likely to die when olaparib stops PARP-1 working.

The drug is approved by NICE and the European Medicines Agency for the treatment of certain types of advanced ovarian cancer and is used in clinical trials for other types of cancer, including pancreatic.

Professor Peter Johnson, Cancer Research UK’s chief clinician, said: “Around 9,400 people are diagnosed with pancreatic cancer each year in the UK and it remains a very difficult disease to spot at an early stage, making it much harder to treat. Despite this we are making steady progress through research and trials like this one.

“We still have a long way to go, but Cancer Research UK has made a big increase in the amount we’re investing into pancreatic cancer research, tripling our spend in this area, and we are just starting to see the results.”

The trial was set up through the Experimental Cancer Medicine Centres Combinations Alliance – an initiative that supports research into drug combinations to bring cancer patients more treatment options. The trial will be managed by the Cancer Research UK clinical trials unit in Glasgow and co-sponsored by the University of Glasgow and Greater Glasgow and Clyde NHS Board. And it receives infrastructure funding from the Experimental Cancers Medicine Centres.