There are 19 billion chickens on the planet and billions of pigs and cattle. Their effect on producing greenhouse gasses is already greater than all emissions from transport including airplanes.

In the week before governments assemble in Paris to agree a global climate deal, a new study by the Glasgow University Media Group and researchers from Chatham House in London looks at international attitudes to mass production of meat and examines whether we will consume less to help the fight against climate change. 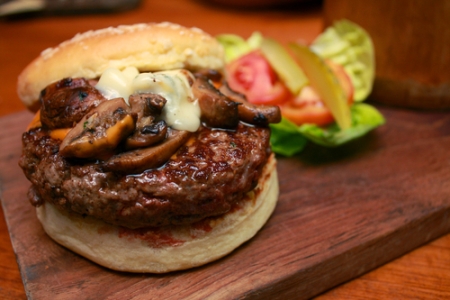 For the first time, researchers from the University of Glasgow conducted interviews and focus groups across the world - in China, Brazil, the USA and UK - and found that people were prepared for radical change in their consumption of meat as long as governments gave a clear lead. A total of 36 focus groups were held in these four countries; they were moderated by Glasgow University Media Group and Ipsos MORI and conduced in the local language.

Participant recruitment was conducted by Ipsos MORI in such a way as to ensure that all groups reflected key sociodemographic criteria, including gender, age and income levels. Potential participants were also screened so as to ensure a representative spread of levels of concern around climate change and a representative share of vegetarians.

Pledges from countries attending the 21st UNFCCC (United Nations Framework – Convention on Climate Change) Conference of the Parties put the world on track for around 3°C of warming by 2100, leaving governments with much more still to do. Changing diets to healthy levels of meat consumption could generate a quarter of the remaining emission reductions needed to keep warming below the ‘danger level’ of 2°C– the main goal of the climate negotiations.

Changing Climate, Changing Diets: Pathways to Lower Meat Consumption argues that, ultimately, dietary change is fundamental to achieving the 2°Cgoal. The livestock sector is already responsible for 15% of global greenhouse gas emissions. Unless strong demand growth for meat is curtailed, livestock sector emissions will increase to the point where dangerous climate change is unavoidable.

The report states: “Governments need credible strategies to close the gap, and reducing meat consumption is an obvious one: worldwide adoption of a healthy diet would generate over a quarter of the emission reductions needed by 2050. There is therefore a compelling case for shifting diets, and above all for addressing meat consumption. However, governments are trapped in a cycle of inertia: they fear the repercussions of intervention, while low public awareness means they feel no pressure to intervene.”

Dr Catherine Happer, a lecturer in sociology at the University of Glasgow and one of the report’s authors, said: “Reducing meat consumption does not feature in a single national emissions reduction plan submitted in advance of the Paris meeting. Governments are afraid to interfere in lifestyle choices for fear of public backlash.

“But the new research undertaken for this report shows the public do not know about this. And when the importance of meat production on emissions is communicated to them, there is an expectation that action will be taken – and that it will be led by governments.”

The report, which was funded by the Avatar Alliance Foundation and the Craig and Susan McCaw Foundation, also suggests that government fears of a backlash are exaggerated. Dr Happer commented: "Even unpopular interventions to make meat more expensive, for example through a carbon tax, would face diminishing resistance as publics come to understand the arguments."