Doctors may soon be able to pinpoint those most at risk of prolonged and serious symptoms of concussion using a simple blood test. 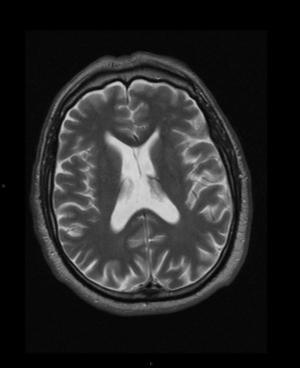 Research carried out by The University of Glasgow’s, Dr Willie Stewart, together with colleagues from the University of Pennsylvania and published in the journal Acta Neuropathologica, has identified the source of a brain protein linked with serious concussion symptoms.

Concussion is the major medical issue currently facing sport. Defined as a ‘mild’ traumatic brain injury, the signs and symptoms of concussion are often subtle, making diagnosis difficult. In addition, though most athletes will recover within a week or so, a proportion will have lingering symptoms which can last many months, including memory problems.

The challenges facing sport and medicine, therefore, are to find a way to make a confident diagnosis of brain injury and to identify those athletes who might be at risk of lasting symptoms.

The University of Pennsylvania team had previously identified that high blood levels of a brain protein known as alpha II-spectrin N-terminal fragment, or SNTF, in patients with concussion could identify those with greater problems in recovery.

This latest research found that SNTF is created in damaged nerve fibres deep in the brain, a pathology known as diffuse axonal injury and that was effectively ‘invisible’ to standard brain scans and investigations in patients with concussion, until now.

The team’s new data supports the idea that a blood test for SNTF could be developed to detect diffuse axonal injury in injured athletes, allowing doctors to diagnose concussion and to predict those that might have prolonged symptoms.

Dr Stewart said: “This represents a major step forward towards developing a biologically plausible blood test that could be used to detect concussion and direct injury management.

“It also underscores the value of Glasgow’s internationally regarded experience and unique research archive of tissue for studies in this field.”

Senior author Dr Douglas H Smith, director of the Penn Center for Brain Injury and Repair and the Robert A Groff Professor of Neurosurgery added: “Our findings also confirm that even relatively mild, concussion-type brain impacts can cause permanent damage of this kind.”

Other co-authors of the study are Robert Siman, Victoria Johnson, Maura T. Weber and D. Kacy Cullen, all from the University of Pennsylvania. Siman is an inventor on a US patent application for SNTF as a diagnostic and prognostic blood biomarker for mild traumatic brain injury.

Funding was provided by the National Institutes of Health [NINDS] and the US Department of Defense).