Her Majesty The Queen has officially opened the new south Glasgow hospitals and Teaching and Learning Centre at a ceremony attended by 300 guests.

Her Majesty also granted the further honour of allowing these three centres of excellence to be named:

Accompanied by His Royal Highness, The Duke of Edinburgh, Her Majesty The Queen toured facilities at The Royal Hospital for Children and The Queen Elizabeth University Hospital and met with patients and staff. 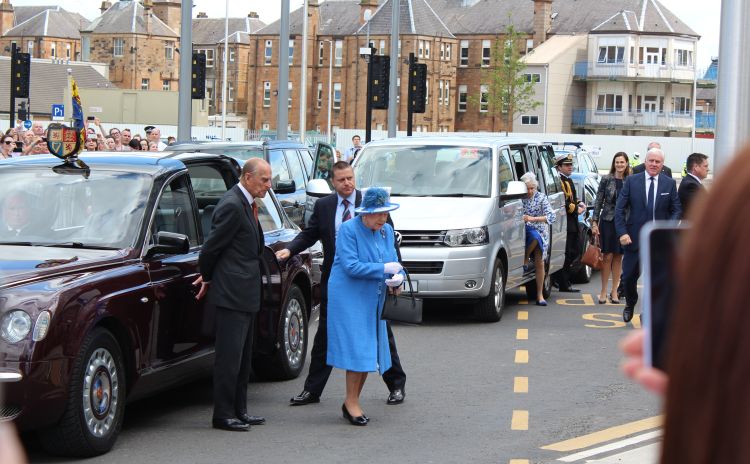 An official ceremony followed where Her Majesty The Queen unveiled commemorative plaques for the three new facilities revealing their new names before being presented with a bouquet of flowers by Amy Carmichael (10), a patient at The Royal Hospital for Children, Glasgow.

A civic reception was held afterwards in the Teaching and Learning Centre hosted by the Lord Provost Sadie Docherty.

Professor Anton Muscatelli, Principal and Vice-Chancellor of the University of Glasgow, said: “It is hugely satisfying to witness the official opening of the new hospital by Her Majesty The Queen.

“These new hospitals represent the culmination of years of close partnership working between NHS GG, the University of Glasgow and industry and will bring immense benefits in health, teaching, medical research, and in particular the development of precision medicine, to the city.

“The University of Glasgow has always enjoyed close working relationships with partners like the NHS, but these hospitals have taken our collaboration to a whole new level.  We look forward to an exciting future, and building the success of this fantastic facility together.” 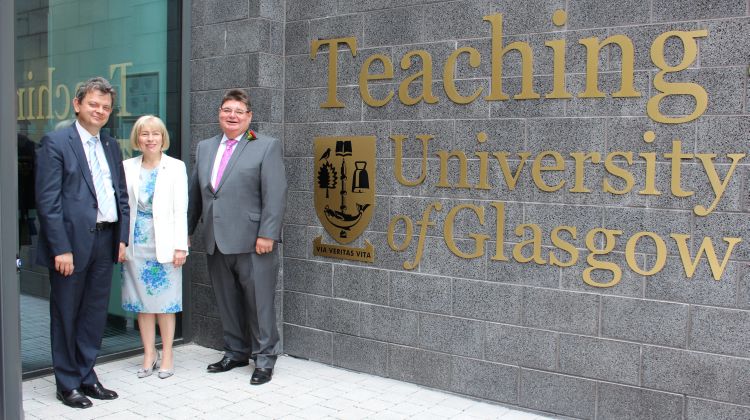 Professor Anna Dominiczak, Head of the College of Medical, Veterinary and Life Sciences, said: “This new hospital and research complex gives Glasgow, Scotland and the wider United Kingdom one of the most modern and best-equipped centres for treatment, medical research and teaching.

“The Teaching and Learning Centre, and especially the Innovation floor exist because Glasgow City Council had the foresight to invest £1.5m very early in the planning stage, this leveraged a further £59m from multiple sources, including £16m as part of the Glasgow and Clyde Valley City Deal, £5m from the Scottish Government, £10m from the Department of Business, Innovation and Skills, and £3.5m from the Sackler Foundation.

“Through close collaboration with the NHS and industry we have created a facility that will enable us to train the doctors of tomorrow in a state-of the-art clinical environment and develop innovative new medicines and technologies to transform the treatment of patients and prevention of disease.

“In particular we will continue to develop research around precision medicine, which is discovering more about the variations in disease and how individual patients respond to the diseases and drugs. The goal of precision medicine is to provide the right treatment, to the right patient, at the right time, for the right cost and the right outcome.” 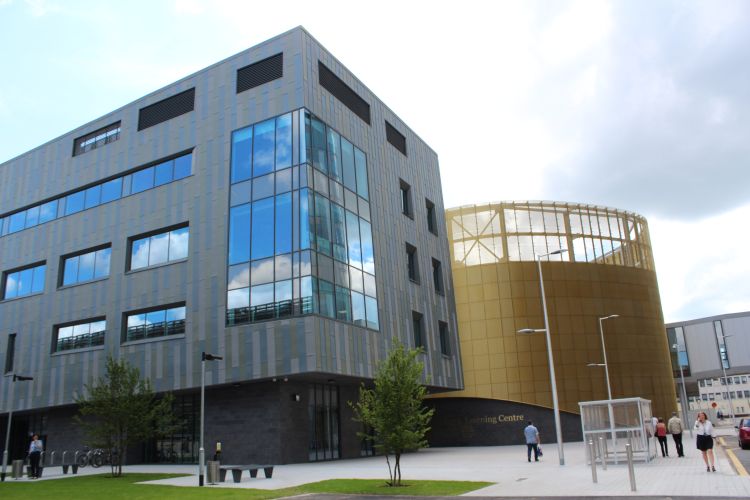 With the NHS, the University of Glasgow has led the development of new teaching and clinical research facilities at the South Glasgow University Hospital totalling more than £60m. These include:

The University of Glasgow and its partners NHS Greater Glasgow & Clyde, ThermoFisher and Aridhia won the Scottish Enterprise Life Sciences Award for ‘Innovative Collaboration’ earlier this year in recognition of the innovative infrastructure and collaborations at the Queen Elizabeth University Hospital.

Andrew Robertson, NHS Greater Glasgow and Clyde Chairman, said: “It is a great honour to our staff and to the patients we serve that their Royal Highnesses visited these magnificent new facilities today and granted us the honour of Royal names for these centres of excellence.

“In delivering this project we bring to fulfilment the clinical strategy for hospital services in Greater Glasgow that was agreed in 2002. Throughout this journey, successive Scottish Governments have been wholly supportive - most recently in providing £842 million of public funding for the full cost of these two state-of-the-art hospitals.

“The completion of this project by our main construction partner, Brookfield Multiplex, within budget and ahead of schedule also gave us the opportunity to contribute to other projects on this campus. Most notable is our partnership with the University of Glasgow. Together we have created The Queen Elizabeth Teaching and Learning Centre and related research facilities to realise our shared vision of world class facilities to train the clinicians of tomorrow and develop medicines and technologies to transform patient treatment and disease prevention.”

Details of tour and opening ceremony Her Majesty The Queen and His Royal Highness, The Duke of Edinburgh, arrived at the main entrance of the Royal Hospital for Children, Glasgow where they were met by NHS Greater Glasgow and Clyde Chairman, Andrew Robertson.  The Royal party toured the impressive main atrium, Science Centre Outpatient Department, and Ward 3B (surgical).  The Royal party then proceeded via ‘hospital street’ the main route linking the hospitals, meeting staff along the route before concluding their tour in The Queen Elizabeth University Hospital’s  Cardiac Rehabilitation Gym where their Royal Highnesses met with further staff and patients and also took the time to watch a small group of rehabilitation patients taking part in light exercise.

The official opening ceremony was then performed in the main atrium of The Queen Elizabeth University Hospital in front of some 300 invited guests.