Drawing a line under deep-sea fishing: A scientific basis for regulation by depth

Data which suggests a benefit to limiting deep-sea trawling in European waters to a depth of 600 metres has been published in the journal Current Biology.

The study by researchers at the University of Glasgow and Marine Scotland Science come as the European Council considers controversial new legislation to manage deep-sea fisheries, including a ban on trawling below 600 metres. 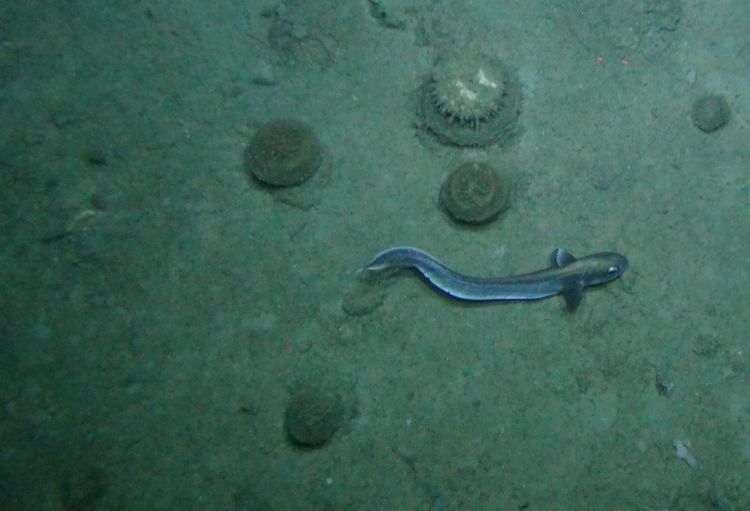 Results from the research suggest trawling deeper causes greater damage for a reducing benefit to fishermen.

Evidence has also shown that deep-sea bottom trawling has taken its toll, with implications for the deep-sea ecosystem and for the climate. Deep-sea fish sequester large amounts of carbon per year.

The question researchers wanted to know was: Should there by a depth limit, and if so, at what depth?

Study authors David Bailey of the University of Glasgow and Francis Neat of Marine Scotland Science came up with a way to find out by looking at changes in catch composition trends with depth.

Data was used from trawl surveys collected between the depths of 240 and 1,500 metres in the northeast Atlantic. Those surveys used different gear types at various locations between 1978 and 2013.

This study was supported by funding from the EU’s INTERREG IVA Programme managed by the Special EU Programmes Body. The early surveys by SAMS and IOS were supported directly by the Natural Environment Research Council and analysis is contributed to the EU-HERMES program. Later surveys were funded through the Natural Environment Research Council and Marine Scotland Science surveys were funded by the Scottish Government under projects ECOSDEEP, OFFCON, and MOREDEEP.