The University of Glasgow’s Professor Lee Cronin has been appointed to the Regius Chair of Chemistry.

Regius Chairs are professorships created by the monarch and each appointment is officially approved by the crown. The University’s Regius Chair of Chemistry was created in 1817 by King George III. Professor Cronin is the 12th academic to hold the Chair, following Professor Charles Wilson, who was appointed to the role in 2003.‌ 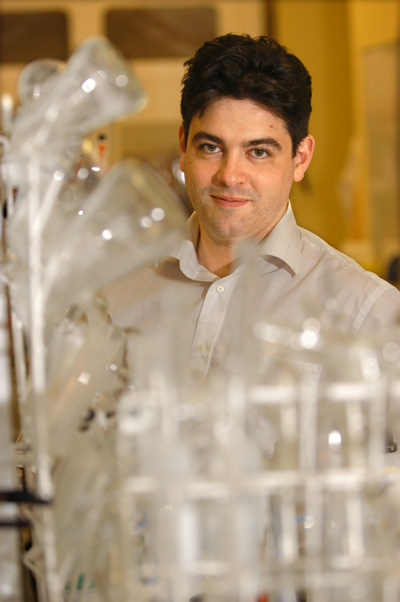 Professor Cronin joined the University of Glasgow in 2002 after holding positions at the Universities of Edinburgh, Bielefeld, and Birmingham. His work as leader of the Cronin Group, which has over 50 members, focuses on the revolutionary potential of complex chemical systems derived from non biological building blocks in the areas of synthesis and self-assembly, molecular devices and complex chemical systems.

Some of the real-world applications of the Cronin Group’s research include using 3D printers to ‘print’ drugs on demand, developing methods to create environmentally friendly fuels from renewable power sources, and creating ‘life’ from self-replicating, evolving inorganic chemical cells known as iCHELLs.

Professor Cronin said: “I’m very proud and pleased to have been appointed at the University of Glasgow’s Regius Chair of Chemistry. It’s a tremendous honour and I’m looking forward to continuing the groundbreaking work of the Cronin Group at the University.”