A diet high in polyphenols could help reduce the risk of cardiovascular disease and associated health risks, according to a new study by the University of Glasgow.

Researchers in the Institute of Cardiovascular and Medical Sciences (ICAMS) and Mosaique Diagnostics recruited 39 overweight volunteers, with a body mass index greater than 25, and gave half of them a fruit drink rich in polyphenols – naturally-occurring chemicals found in many plants – and the other half a placebo. 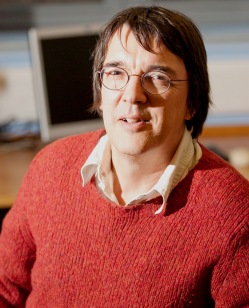 The drink used in the study was specially developed by the scientists and The Coca-Cola Company to contain polyphenolic compounds from a range of sources, including: green tea, grape seed, lemons and apples.

After two weeks, scientists took urine samples from the participants and subjected them to proteomic analysis.

Proteomics is a developing field of medicine which seeks to identify a range of proteins produced in the body which can be monitored to identify the development of particular disease states, long before symptoms are evident.

By knowing which proteins – or biomarkers – change when a disease is in its early stages of development, doctors might be able to prevent or reverse the disease’s progress, or to begin therapeutic treatment earlier.

The research found a total of 27 proteins that were significantly different between the two groups, including five that are associated with reduced risk cardiovascular disease.

Professor Harald Mischak, Professor of Proteomics and founder of Mosaique Diagnostics, said: “While the epidemiological data supports the idea that a diet rich in fruit and vegetables is beneficial to health, clinical studies have generally not adequately confirmed this. Our data indicates that proteomic analysis can be a powerful tool to assess potential positive effects of dietary products.

“Our pilot study suggests that as far as polyphenol-containing fruit drinks go, there are possible benefits for cardiovascular health, which deserve further consideration in longer term trials.

“Given the recommended daily intake of five 80g portions of fruit and vegetables a day is taken by around just a quarter of Britons and less than half of Americans, fruit juices and juice drinks fortified with polyphenols represent a potential way for some consumers to meaningfully increase their intake of such potentially beneficial compounds, although the long term effects remain to be elaborated.”

Dr William Mullen, Director of Biomarker Research at the University of Glasgow, said: “The long-term goal of clinical proteomics is to identify biomarkers for a range of diseases that would allow early detection and treatment.

“However, finding a single ‘ideal’ compound that can do this is an unlikely prospect, but by using a ‘fingerprint’ of a number of proteins we can identify pre-symptomatic development of a range of diseases, from coronary artery disease to chronic kidney disease and diabetes. We have developed a range of biomarkers from urine samples for clinical diagnostics that are highly sensitive and selective for a range of diseases. These biomarkers are in effect ‘urinary fingerprints’ of diseases.

“This technology and approach also has potential for use in nutrition and health research, as our study has demonstrated.

“This study was small and did not allow the testing of all proteomics data so we need larger, more in-depth studies to develop this potential further, and we need longer term studies to link patterns to disease outcomes.

“The technology of this method has been found to be acceptable for use in clinical studies by the US Food & Drug Administration and many diseases can be analysed with just one urine sample.”

The research, published in the Journal of Agricultural and Food Chemistry, was led by Professor Naveed Sattar and funded by The Coca-Cola Company.