What our eyes can’t see, the brain fills in

Researchers from the University of Glasgow have shown that when parts of our vision are blocked, the brain steps in to fill in the blanks.

The team from the Institute of Neuroscience and Psychology conducted a series of experiments that showed how our brains predict what cannot be seen by drawing on our previous experiences to build up an accurate picture.

The results show that our brains do not rely solely on what is shown to the eyes in order to ‘see’. Instead the brain constructs a complex prediction. 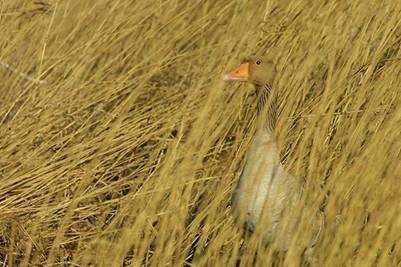 Dr Lars Muckli, from the University’s Institute of Neuroscience and Psychology said: “We are continuously anticipating what we will see, hear or feel next. If parts of an image are obstructed we still have precise expectation of what the whole object will look like.

“When direct input from the eye is obstructed, the brain still predicts what is likely to be present behind the object by using some of the other inputs to come up with best ‘guesses’.

“We showed three different images to a group of subjects. The lower right section of each image was covered with a white rectangle. Using MRI brain imaging equipment we then measured brain activity in the region responding to the white rectangle.”

Dr Fraser Smith, from the same Institute, said: “On first sight, the brains response to the white rectangle is quite similar for each image but we were able to use brain reading techniques to reveal what the subject’s brain ‘saw’ behind the white panel. Subjects don’t see what is hidden but the brain is still able to make a good estimate.

“Effectively, our brains construct an incredibly complex jigsaw puzzle using any pieces it can get access to. These are provided by the context in which we see them, our memories and our other senses.”

Dr Muckli added: “Sometimes the brain’s guess can be so convincing that we see visual illusions; in our example there was no visual illusion seen – the white space was not filled-in by an actual illusion. Nevertheless we found a way to reveal the brains guess of what lies behind the object.”

The results of the study, which was funded by the Biotechnology and Biological Sciences Research Council, have been published in the journal Proceedings of the National Academy of Sciences.

The findings build on a fairly new hypothesis developed by University College London neuroscientist Karl Friston called predictive coding (or free energy principle) which suggests the brain actively predicts what input it will receive, rather than just passively processing information as it arrives.

Dr Muckli believes the new results provide insight into how our brains make these predictions.

He said: “The brain’s main function is to minimise surprise – that is what it has evolved to do.”

“Memory and the predictive power of the brain combine in a very powerful way to allow us to anticipate our surroundings. Any kind of predictive method is an advantage to a biological system.

“If you are driving a car and a pedestrian is suddenly obscured – say by a pillar box or your rear view mirror – your brain still knows where they are and where they will reappear in your line of vision. Without that ability, we would be lost in everyday life.

“This theory has an impact on how many older people’s mental functions deteriorate rapidly when they are rehoused. The memory/prediction balance is skewed as they are in unfamiliar surroundings. As they have no memory of their surroundings, they lose the ability to predict.

“This field of study could have serious implications for the treatment of a range of neural conditions.”

For more information, contact Stuart Forsyth in the University of Glasgow Media Relations Office on 0141 330 4831 or email stuart.forsyth@glasgow.ac.uk