The Chief Executive of Scottish Football Association Gordon Smith will speak on ‘Citizenship and Sport’ in the prestigious Stevenson and Adam Smith Research Foundation lecture series at the University of Glasgow .

The former Rangers midfielder’s lecture - starting at 6pm on Monday 23 February in the Sir Charles Wilson building, University Avenue, Glasgow – is free and open to the public and will be followed by a question and answer session. 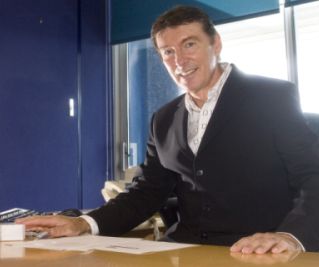 Gordon Smith follows an impressive list of Stevenson lecture speakers from the current series including: Rt Hon George Reid, Stevenson Professor and former Presiding Officer of the Scottish Parliament; and Economist, philanthropist and Nobel Prize winner, Professor Muhammad Yunus who was awarded an Honorary Degree by the University of Glasgow during his visit.

Scotland’s First Minister Alex Salmond is to lecture before a capacity audience on the theme of ‘Citizenship and Scottish Civic Culture’ in the Bute Hall, Main Building, University of Glasgow at 7pm on Thursday 5 March.

Professor Christopher Berry, of The Stevenson Trust Committee said: “Adam Smith was one of the greatest minds to teach in Glasgow University and Daniel Stevenson one of the city and University’s greatest benefactors. This legacy is conjoined in the Stevenson-Smith lecture series and this year’s is designed around the fact that 2009 is the 250th anniversary of the publication of Smith’s Theory of Moral Sentiments.

“We are delighted to have such a distinguished group of lecturers, each of whom has risen to the challenge to talk, from a theme derived from Smith’s book, about their own current work or ideas. This fusion between the legacy and the here and now is what makes this year’s series such an exciting event.”