Stephen White, Professor of International Politics at the University of Glasgow has been awarded a prestigious Major Research Fellowship by the Leverhulme Foundation for a large-scale research project on ‘Managed Democracy’.

The break up of the Soviet Union and the end of communist rule has not simply seen a ‘transition to democracy’ but a different and distinctive type of regime that has been called ‘managed democracy’. Elections take place, but disproportionately advantage the incumbents; political parties and other countervailing institutions are weak; and power is disproportionately concentrated in a superpresidency.

The Research Fellowship is intended to enable Professor White to undertake an extended analysis of this novel type of regime with particular reference to Russia, Ukraine and Belarus, examining broader issues including falling turnout, political disengagement and the ‘quality of democracy’.

Professor White said: “The three year award is to examine what has been called ‘managed democracy’, particularly in contemporary Russia. It’s a term sometimes attributed to Vladimir Putin, but used more widely to refer to the strange kind of system that has developed since the end of communist rule. 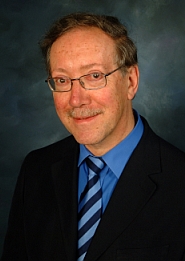 “It’s hardly democracy, in the sense in which we understand it in the West; but it’s not dictatorship either. Rather, it seems to be something in between: there are competitive elections, but the regime itself has never lost them; there are parties, but only one that really matters; there are all kinds of publications, but virtually none that criticize the authorities. Not only that – it’s popular, and (if the current elections are any guide) it’s likely to extend itself for some time, perhaps indefinitely.

“The Leverhulme Major Research Fellowship gives me the time to explore this novel phenomenon, and other awards are making it possible to gather the evidence to work with – mostly surveys and interviews.”

The total value of the Leverhulme award is £682,919 which covers the costs of field visits, international and UK conferences as well as the appointment of a replacement lecturer in the Politics department.

Professor Stephen White is a Senior Research Associate of the University's School of Central and East European Studies. He graduated from Trinity College Dublin in history and political science, then completed a PhD in Soviet studies at Glasgow - including an exchange year at Moscow State University - and a DPhil in politics at Wolfson College Oxford. He is the chief editor of the Journal of Communist Studies and Transition Politics and has edited International Politics.