Students have elected Charles Kennedy MP to serve as Rector of the University of Glasgow for the next three years. 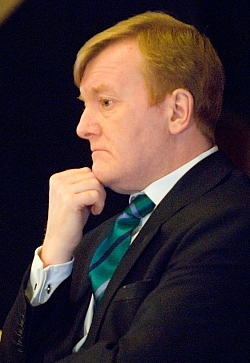 The results of the online election were announced to candidates and their supporters in the Randolph Hall shortly after polls closed at 5pm on Wednesday 27 February 2008.

The full election result was as follows:

The Rector is not active in University strategy or policy-making. The role is principally as spokesperson and representative for student issues. The Rector's participation in events is entirely voluntary and depends on their own availability and choice.

SRC webpages on the office of Rector:
http://www.src.gla.ac.uk/about/rector/