Cholesterol-lowering drugs cut heart attacks by more than a quarter

A study into the use of cholesterol-lowering drugs has found they reduce heart attacks by more than 25 per cent.

A 15-year study by researchers from the University of Glasgow has shown that patients treated with statins for five years suffer 27 per cent fewer non-fatal heart attacks or deaths due to heart disease.

It appears that the statin treatment reduces the rate occurrence of heart disease events, even after patients stop taking the drug.

Professor Ian Ford, who led the study, said: “We believe that this remarkable ongoing benefit is due to a stabilizing of existing disease in the coronary arteries and significant slowing of further progression of disease. This benefit appears to have persisted for 10 years and may have conferred a lifelong advantage on those treated with the statin.”

The results are published in the New England Journal of Medicine. 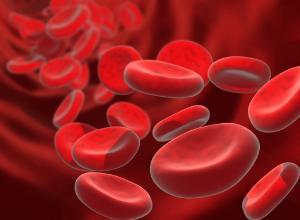 The investigation was carried out by the same team who produced the landmark 1995 study that opened the door worldwide for patients to be treated with a statin.

The West of Scotland Coronary Prevention Study followed volunteers over a 15-year period to investigate the treatment benefits and assess the long-term safety of statin use.

The first results of the study, published in 1995, showed that the risk of death from coronary heart disease or non-fatal heart attack was reduced significantly in men who were prescribed a statin for five years.

A total of 6595 Scottish middle-aged men, who had high cholesterol levels but who had not previously suffered a heart attack, were used in the study. One half of the group were prescribed a statin, while the others were given a placebo.

These patients have now been followed for 15 years and provided the basis for the latest findings.

Professor Ford said: “The results of the follow-up provide strong support for the safety of five years of statin use.

“When fatal and non-fatal heart disease events were studied, it was found that, despite the fact that most of the participants were not treated with a statin after the first five years of the trial there was evidence of the group originally receiving the statin continuing to be at lower risk of having a heart disease event.

“This suggests that statin treatment has a long-term beneficial effect in slowing the development of coronary artery disease.”

Professor Stuart Cobbe, lead cardiologist in the study, said:  “We were very surprised to find that patients who had been treated for 5 years with a statin continued to have significantly fewer heart attacks and other coronary events compared to those treated with a placebo treatment. This benefit appeared to extend at least 10 years after the original trial.

“These results are very reassuring for patients who might be concerned about safety when taking a drug for a very long period of time. There was no evidence of adverse health problems associated with taking a statin for 5 years.

“Importantly, the relative risk reduction in the 10 years after the trial was lower than that observed during the trial, suggesting that there is still additional benefit from continuing to take statin treatment beyond 5 years. The researchers emphasize therefore that this research does not suggest that patients should stop taking their treatment after five years.

Professor Chris Packard, an expert on cholesterol lowering drugs, said:  “The impact of statin treatment appeared to persist long after the active phase of the trial. This suggests that the drugs have lasting beneficial effects on the artery wall possibly by stabilising plaques that might be about to rupture and cause a heart attack.

“What is also important to note is that we made use of the electronic records that Scotland has held for hospital admissions, cancer registrations and deaths since the early 1980s. This study, based on following up participants’ electronic medical records, demonstrates the significant benefits that such records can provide for medical researchers. This Scottish resource is unique in the UK and is equalled in very few places worldwide.”

The research was supported by a research grant from the Chief Scientist Office, Scotland.

For more information please contact Ray McHugh in the University of Glasgow Media Relations Office on 0141 330 3535 or email r.mchugh@admin.gla.ac.uk

The West of Scotland Coronary Prevention Study (WOSCOPS) was a clinical trial conducted by the University of Glasgow comparing treatment with a statin (pravastatin) with a placebo pill in 6595 Scottish middle-aged men who had high cholesterol levels but who had not previously suffered a heart attack.

In the original study the men were treated and follow up for an average of approximately 5 years. The results, published in the New England Journal of Medicine in 1995 showed that the risk of death from coronary heart disease or non-fatal heart attack was reduced from 7.9% to 5.5% in the statin group, a highly statistically significant finding.

WOSCOPS was the landmark study that opened the door worldwide for patients, who do not have a history of heart disease, to be treated with a statin.

Stuart Cobbe is the British Heart Foundation Walton Professor of Cardiology based at the University of Glasgow.