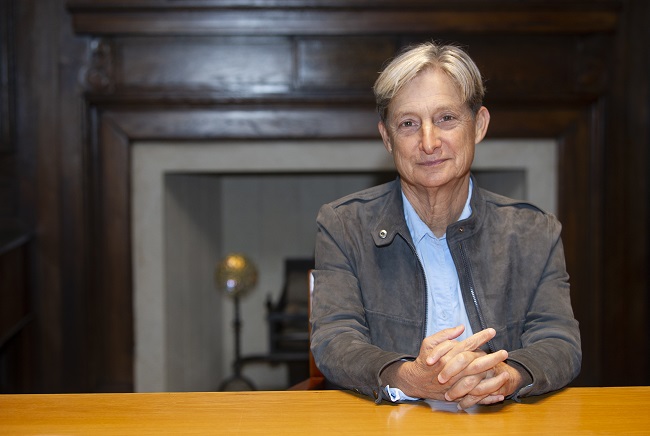 Professor Judith Butler, eminent gender theorist and political philosopher from the University of California at Berkeley, delivered the lectures between the 1-4 of October 2018.

The emphasis of Professor Butler’s lectures was on using the concept of non-violence to call for a commitment to equality by arguing for the ‘radical equality of the grievable’.

This is a line of thinking she has developed in a number of important works addressing the questions of interdependence, mourning and precarious life but also conflict and war, which one critic described as ‘shining with the splendor of engaged thought’. The work in progress she presented at Glasgow follows on from this recent work and is an important new intervention in ongoing debates about alterity, conflict, solidarity and the possibility of global justice. 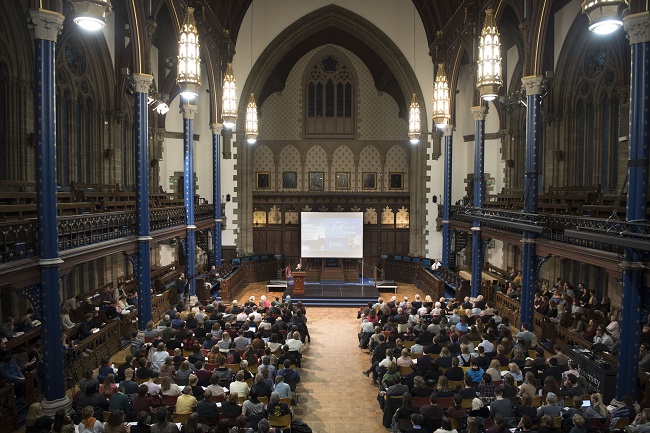 Participation in one of the most eagerly anticipated public events in recent years at the University of Glasgow reached record levels, as tickets sold out within days of registration being open on Eventbrite.

The turnout for the first lecture was reminiscent of graduation ceremonies, with throngs of students, staff and guests queing in the East Quadrangle outside the Bute Hall, which was full for the three lectures, despite the event being live-streamed via an online link.

The two-hour seminar with research students led by Professor Butler and chaired by two of our own PhD students on October 4 was also fully subscribed.

The volume and broad range of questions and ensuing discussion testified to the keen interest in Judith Butler’s work across many fields and the reach of her theory but also practice as educator, activist and public intellectual.