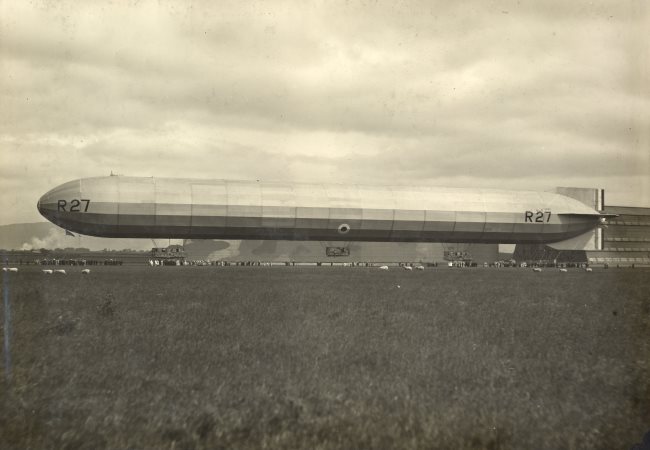 A new display on airships has been added to the ongoing exhibition ‘Wings to War: Glasgow and the Centenary of the Royal Air Force’ in the University Memorial Chapel.

During the First World War, these giants of the sky flew from a chain of Air Stations around the United Kingdom on anti-submarine and escort duties.

There is a strong local connection, as the Glaswegian firm of William Beardmore & Co Ltd was sub-contracted to build airships in 1916.

Although the company had experience of producing aircraft such as the Sopwith Pup, airships were an entirely new venture. A giant construction shed was assembled at Inchinnan, Renfrewshire, with the first example, the R27, emerging in October 1917.

Beardmore built five airships in total, the most famous being the R34, a post-war transatlantic record-breaker.