Glasgow’s Kelvin Hall has won a Gold Award from the Green Tourism Business Scheme (GTBS) for its ‘impressive’ sustainability practices across the venue.

Launched in Scotland in 1997, for more than 20 years the Green Tourism Business Scheme has been encouraging people and businesses to adopt sustainable choices that reduce their impact on the planet. With more than 2000 members across the UK, Ireland, Canada, Italy and Zimbabwe, it’s now the world’s largest eco-certification programme of its kind.

The ongoing £35 million refurbishment of Kelvin Hall is a multi-partner project being delivered by Glasgow City Council, Glasgow Life, the University of Glasgow and the National Library of Scotland.

Completion of phase one of the project in 2017 has breathed new life into the building; transforming it into a centre of cultural and sporting excellence which attracts around 12,000 visitors each week.

In its assessment, the GTBS praised Kelvin Hall for its commitment to sustainability and accessibility, stating: “Kelvin Hall has made a very impressive start. It’s no easy feat to gain a Gold Award at the first attempt, but a real effort has been made to embrace sustainable practices through the incorporation of new technologies into this refurbished iconic 1920’s Glasgow building. 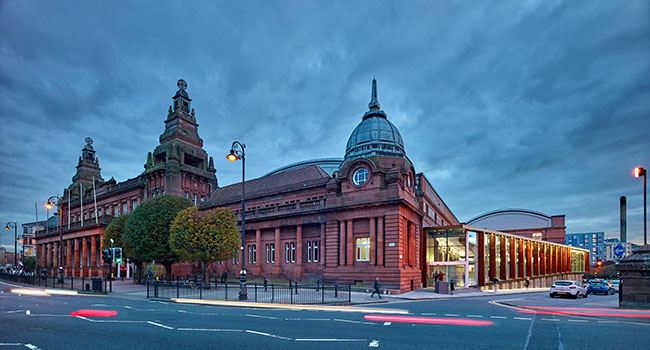