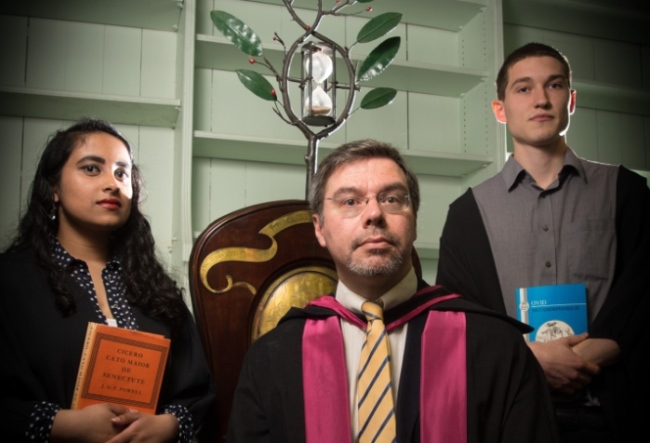 S‌‌tudents and staff at the College of Arts continued a long University of Glasgow tradition by taking part in an ancient Mastermind-like competition.

The Cowan Blackstone Medal is a Latin examination which dates back to 1839 and quizes students on their knowledge of Latin text in front of a panel of examiners and spectators while sitting on the Blackstone Chair.

This Latin competition is the only nod to a bygone Mastermind-like competition going back to the earliest days of the University.

In the seat of the 18th century carved oak chair is the University's original Black Stone. The Black Stone was used in the earliest days of the University, before written exams, for students to sit on, while their knowledge was tested.

This year, for the first time in many years, multiple students have put themselves forward. The students - Charles Figes and Hirushi Wickramaratne - took part in the competition, with the best entrant awarded the medal.

After two years of studying Latin, the students had to answer a series of questions on Latin texts set by University academics. Both Charles and Hirushi sat on the Blackstone Chair, which now resides in The Hunterian Museum, while they each faced 45 minutes of questioning.

The three judges for the competition were Professor of Latin Costas Panayotakis; Professor Catherine Steel, Professor of Classics; and Dr Adrastos Omissi, Lecturer in Latin Literature.

Following the competition, Charles Figes was named as the 2018 Cowan Blackstone Medal receipient.

Professor Panayotakis added: “Latin offers much more than the detailed study of grammar and syntax. Yes, it is the mother of many modern languages.

"But it is also the gateway to a hugely important historical period that was highly influential in the shaping of the Western civilisation, as we have it. Latin connects us directly with an astonishingly rich culture and with remarkable people, who were surprisingly modern in their thinking. 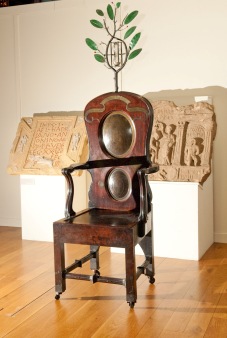