Seven University of Glasgow students have been shortlisted in the Future 100 competition, sponsored by JP Morgan; the competition recognises the most influential women at universities across the UK.

Hundreds of female students from 25 universities across the UK have been shortlisted and you can vote for the winner.

The top 30 will be invited to an exclusive mentoring event at J.P. Morgan’s HQ in London. Voting closes on the 18th April at 5pm. Vote now! 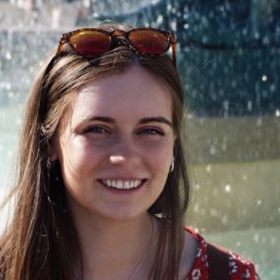 Other than being president of the Female Engineering Society, Brogan is part of JetX, a project sponsored by Rolls Royce where students design and 3D-print jet engines. For the past two years she has been on the Power Transmission team, and this year is team leader. There are two projects running simultaneously, the XPlorer2 (which she is working on) and Kronos (a military style jet engine).

She got involved in the society in her second year of uni, and as a Mechanical Engineer, began working in the power transmission, materials and testing of the components her team worked on. She is also vice chairman and Glasgow Uni representative for the IMechE Young Members Panel, which organises events for Engineering students across Glasgow and the wider area. 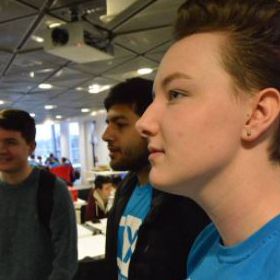 Becca is the head of Women in Tech Scotland, speaking at and hosting multiple events that provide a safe, welcoming and inspirational space for women in the tech industry. She opens these events to both men and women, so that everyone can learn more about how to help fight for gender equality.

She's also an active STEM Ambassador, regularly going into secondary schools to encourage teens to pursue a career in technology, whatever their gender. Becca also writes a blog which talks about important tech events. 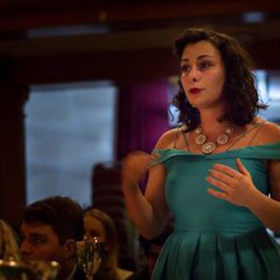 Noémie has represented Glasgow in the quarter-finals of the World Debating Championship (ESL) and has led them to become the Scottish and European debating champions. She's the first female and non-native English speaker to be in the position of head clerk for the Glasgow University Union. As the coordinator of GUU Debating she strives to make the environment as inclusionary for women as possible.

She is also active in helping foster a new generation of young debaters having debated since she started uni, learning to debate in her native language Czechian. She got to the knockout rounds of the World Debating Championship 2018 and is on the first ever all-female and English as a second language A-team for the GUU, as well as the English as a second language final of the Oxford Inter-Varsity, which is the largest and most prestigious competition in the UK. 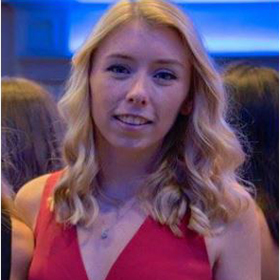 Bethany is president of Glasgow Marrow, which this year won Society of the Year. Under Bethany's leadership they've expanded to a vast variety of new locations, such as Glasgow School of Art, the university gyms and the Muslim Student Association inter-faith dinner, resulting in a record-breaking first semester of new donors.

She was also involved in pioneering the launch of a nude sports team calendar as a fundraising enterprise. This year Bethany has also run and completed her first half marathon in aid of Anthony Nolan.

Gemma Fowlie
Works with her local MP and the RNLI 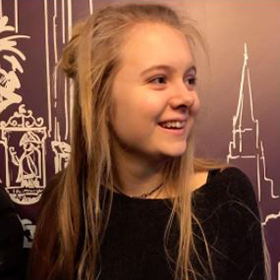 Gemma has worked with her local MP, writing press releases and working with local communities. She also spoke at the RNLI Fraserburgh lifeboat station about the launch of their Respect The Water campaign, hoping to raise awareness about the dangers of being in the sea over the summer. She also drafted a press release for the campaign which was featured in several newspapers. 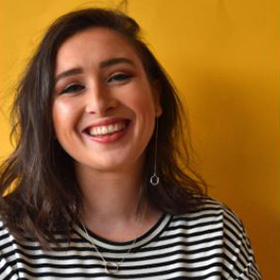 Jocelyn is a founding member and president of GUCFS. She organised their biggest event yet (FOCUS 2018) and led a team of 70 to raise the largest donation total of £22.2k. In the last four years GUCFS has raised over £50,000 and grown to be one of the largest societies on campus. This year Jocelyn also spearheaded the launch of Glasgow's first major Jailbreak as part of GUCFS fundraising, and was named Most Committed Society Member at the university's Clubs and Societies Awards evening.

Whilst doing this, she has been studying a master's in Stratified Medicine & Pharmacological Innovation, continually achieving top grades. Jocelyn also works part-time, and before entering her fourth year, Jocelyn won a competitive ScotGrad Internship with a leading Life Science consultancy company and completed a 14 week internship. After graduating she has secured a job as a Kraft Heinz as a European Trainee. 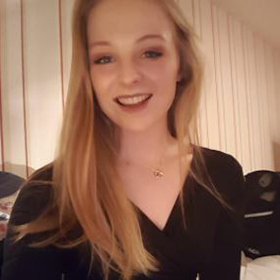 Kathryn ice skates for Scotland and represents Team GB. She's part of the national synchronised skating team, Zariba, who are Scottish champions and came second in the British championships this year. She also joined the RAF this year.

Kathryn is treasurer of the Give Blood Society committee, who promote giving blood amongst students and raise money for various blood cancer charities.