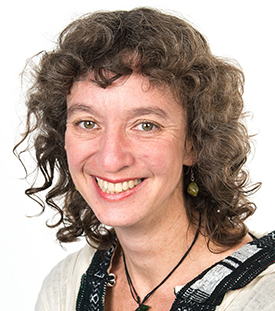 A University of Glasgow professor and human rights activist has been named as an ambassador for the Scottish Refugee Council.

Alison Phipps, the world’s first UNESCO Chair for Refugee Integration through Languages and the Arts and a professor at the University, will be a champion for the Council’s work.

A passionate advocate for refugees and people seeking asylum, Professor Phipps blends her academic work with activism for a fair and humane asylum system.

She will use her new role with the Council to support the charity’s work campaigning for the rights of people in need of international protection and all those rebuilding their lives in Scotland.

Professor Phipps said: “I’m delighted to be able to serve in the capacity of ambassador for Scottish Refugee Council. It is a genuine privilege and honour to work with an organisation which strives for mutual integration and respect for those caught up in precarious legal and humanitarian situations.

“As a foster parent to my daughter, who came to Scotland as an unaccompanied minor from Eritrea, I’ve experienced first-hand what it means to live within the refugee and asylum systems. I have seen what it means to live through the agony of family separation, detention, destitution, eviction, drowning, captivity and of mourning those who are lost on the journey and to the systems of detention and destitution.

“But, I’ve also learned of the ways in which communities of New Scots flourish, celebrate the lives they have and the family connections they can establish.”

“Alison is one of Scotland’s most inspirational public figures and we are honoured to have her support our work with refugee communities in Scotland.”

Professor Sir Anton Muscatelli, Principal and Vice Chancellor of the University of Glasgow, said: “It is always wonderful to see colleagues at the University being recognised. I wish to congratulate Professor Alison Phipps on her appointment as an Ambassador for the Scottish Refugee Council. I have no doubt that it will be a productive working relationship. I know that Alison will use her considerable expertise, knowledge and activism to help promote the work of the Council and encourage wider audience engagement with the charity.”