Two Uof G initiatives have been given a pat on the back by MSPs at Holyrood.

Annie Wells MSP (Glasgow) and Emma Harper MSP (South Scotland) lodged motions referring to the University of Glasgow and the Crichton Carbon Centre in Dumfries, of which the University is a partner..

Annie Wells's motion said: "That the Parliament acknowledges that the demolition of one of Glasgow’s oldest hospitals is underway at the site of the Western Infirmary; notes that the 14-acre site of Western Infirmary, which was built in 1874 and closed its doors in 2015, is being redeveloped by the University of Glasgow as part of a £1bn expansion of its campus, and was sold to the university for £14m as part of a historic land agreement that will see new buildings for health, business, chemistry and the arts, and performing spaces; notes that a second phase of work is scheduled to start in 2023 on a new engineering centre, an innovation quarter to engage with local industry and a building for research into chronic diseases, and further notes that an estimated 2,500 jobs are expected to be created during the construction period, with the university promising that the development will bring significant community, economic, environmental and cultural benefits."

Emma Harper, in her motion to Parliament, suggested to fellow MSPs that: "...the Parliament congratulates the Crichton Carbon Centre and Dumfries & Galloway Council, on their campaign, Refill D&G, which aims to reduce plastic waste, in particular from water bottles, by encouraging people to reuse plastic bottles; welcomes the campaign getting businesses to allow people to refill bottles for free, and urges other local authorities to follow suit in the national fight against excess plastic waste." 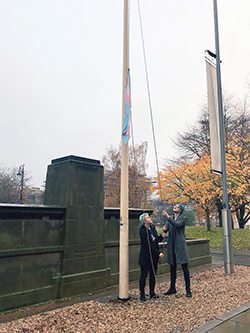 It was marked on campus by the raising of the trans flag at the North flagpole, adjacent to the imposing war memorial.

The Transgender Day of Remembrance is observed annually on November 20 as a day to memorialise those who have been murdered as a result of transphobia and to draw attention to the continued violence endured by the transgender community.

Transgender Day of Remembrance was founded in 1999 by Gwendolyn Ann Smith.

HEHTA is a hit at ISPOR Congress

The Congress took place at Glasgow’s SEC and was attended by over 5000 delegates, along with 22 of the HEHTA team. The Congress was co-chaired by Professor Andrew Briggs and the HEHTA team hosted an extremely popular booth showcasing their MSc and CPD programmes, their research, future collaboration opportunities and even a highly competitive quiz! Visitors were treated to some homemade Scottish delicacies, and HEHTA’s unique online distance learning MSc programme was a hot topic of conversation. 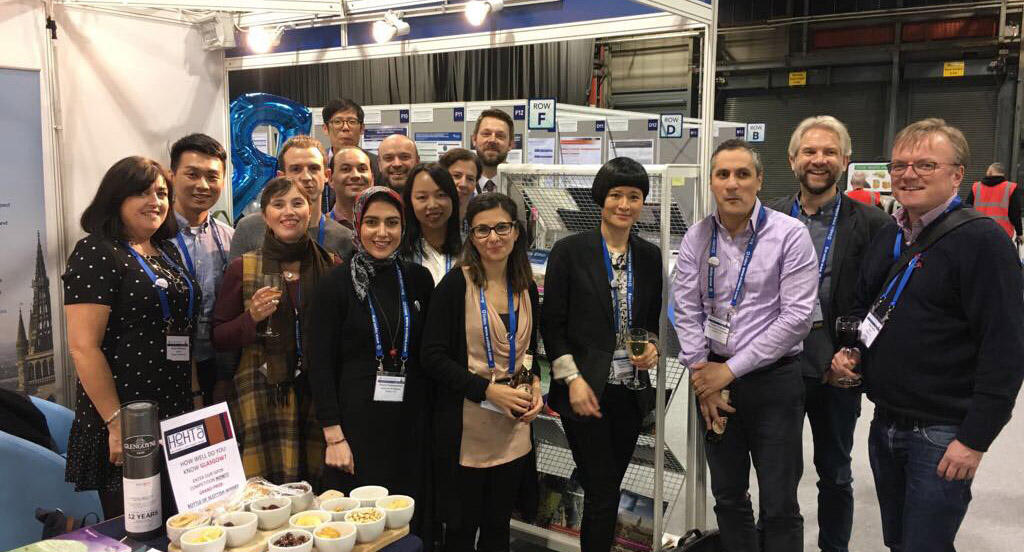 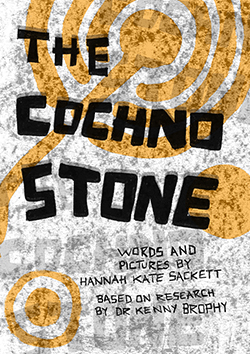 A team of University of Glasgow archaeologists along with an UK artist will be working with school children to create comic art based on a 5000 year old prehistoric rock-art site, the Cochno Stone.

Art work by the children and artist Hannah Sackett will be displayed, accompanied by a public talk about the Cochno Stone, in Clydebank as part of the Being Human Festival 2017 on 23rd November 2017.

The Cochno Stone was found in Faifley, West Dunbartonshire, dates back to 3000BC and is considered to be one of the best examples of Neolithic cup-and-ring markings in Europe.

In 1937, archaeologist Ludovic Mann painted the rock-art panel in bright coloured oil-paints. He believed prehistoric people carved symbols on the rock to show how they predicted eclipses and so defeated the monster that ate the sun.

Visitors flocked to the site and damaged the stone, so it was buried in 1965 to protect it.

Artist Hannah Sackett has designed and written a comic book to celebrate the 80th anniversary of Mann’s painting of the stone, and this comic will be the inspiration for children from local school Edinbarnet Primary, in West Dunbartonshire to design their own Cochno Stone comics, working with archaeology students from the University of Glasgow. The comics will tell the story of Mann and the eclipse eating monster.

All of their drawings and other images related to Ludovic Mann and the excavations will be on display between 6 and 8pm at Skypoint, Faifley, Clydebank on 23rd November 2017. Entry to see this exhibition will be free.

This event is part of a Being Human Festival series called “Finding Glasgow: Hidden secrets and lost meaning” being run through the University of Glasgow. Being Human is a Festival of events across the UK celebrating arts and humanities research involving members of the public.