UofG student Fraser Johnstone has appeared in the press and across social media after a BBC video starring him went viral.

The video shows Fraser taking elderly residents out from a care home for cycle trips on a specially designed Trishaw. The clip has been viewed more than 20 million times, so far.

Fraser is member of a voluntary community group based in Falkirk, which is part of the global initiative ‘Cycling without Age’.

The idea for the Cycling Without Age scheme originated in Denmark, where it proved successful in helping people to get out in the fresh air. Fraser now hopes to raise funds to get more bikes so that the project can be rolled out across Scotland.

Donate by visiting: Expand Cycling Without Age across Scotland 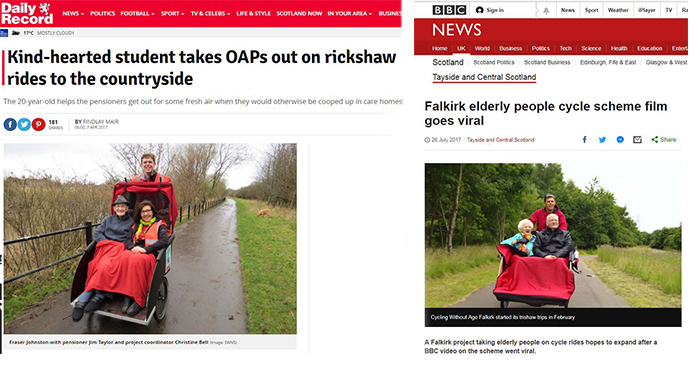 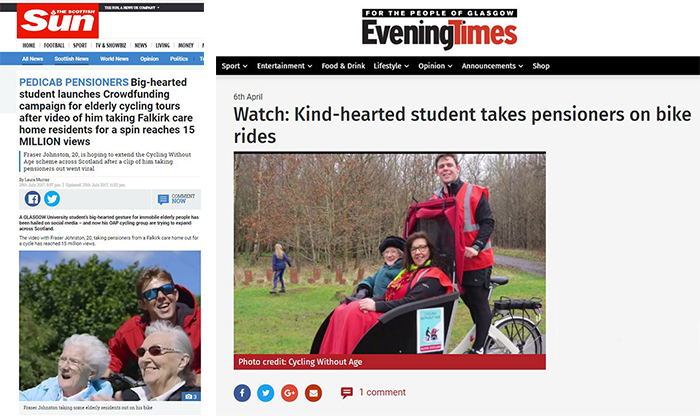