Demolition work is under way on the former Western Infirmary site – part of the enabling works for the UofG's new campus. 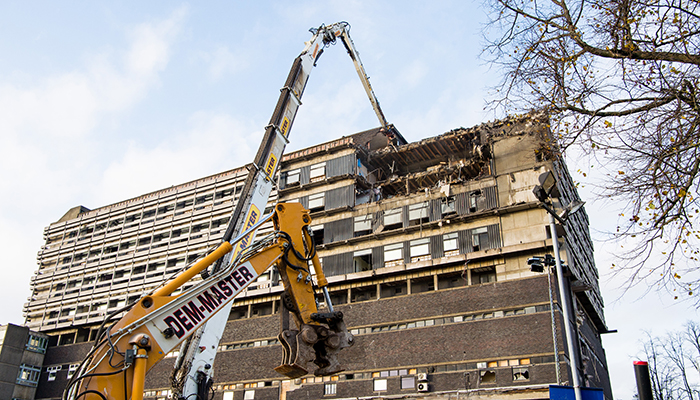 Ann Allen, Executive Director of Estates and Commercial Services, said: “We have now reached a significant stage on our Western site campus development. Watching the demolition of the main Western Infirmary Hospital will evoke memories for hundreds of thousands of people across the West of Scotland so this is in many ways a very poignant time. However, this also marks the start of the exciting campus development enabling and construction programme on the former Western site – one that will transform the University of Glasgow but also open up the area to the local community.”

The site – part of the University’s £1bn campus masterplan, will see the construction of a world-changing Research Hub, and buildings for the College of Arts, Institute of Health and Wellbeing, Adam Smith Business School and Growing Post-graduate Population Project and School of Engineering.

The campus development project will create public routes and a new central square which will link Byres Road to the up-and-coming cultural quarter for the West End, with new links to Kelvingrove and the newly-refurbished Kelvin Hall. 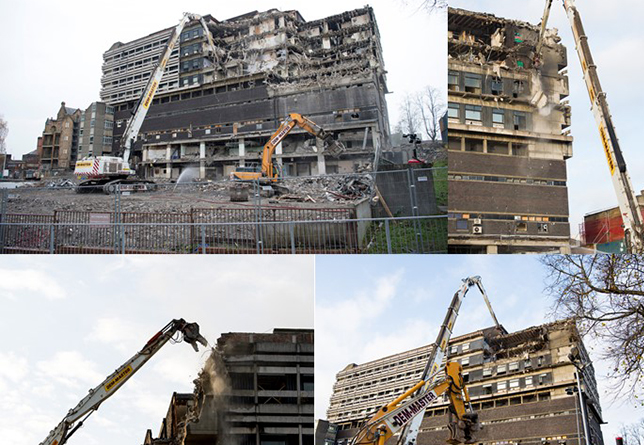